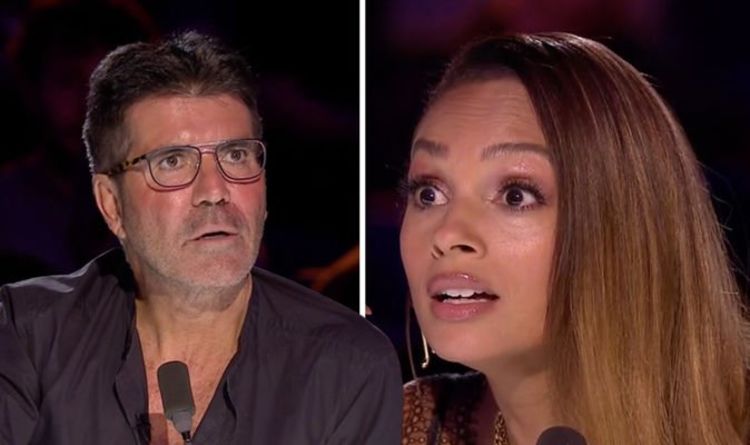 Britain’s Got Talent made its comeback to ITV earlier this month, providing perfect entertainment whilst the country remains in lockdown. The ITV show sees performers from across the UK take to the famous stage in a bid to make it all the way in the competition. One act, Kevin Quantum, was featured on tonight’s instalment to inject some intrigue into the world of physics with his dangerous act which he admitted afterwards “didn’t work.”

Viewers have already witnessed their fair share of weird and wonderful performances this year and tonight’s show was no different.

Last weekend played host to some more daring acts such as the Magic Marine and Jack Price, who performed a heart-stopping motorbike trick.

The theme of danger popped up once more tonight in the form of Kevin, a scientist with a few tricks up his sleeve.

The 39-year-old Scot warned ahead of his performance his act would be risky and soon detailed just why this was.

He said: “Today is an act that is really exciting, really scary, there’s a massive risk but hopefully science will get me through.”

Speaking to Ant and Dec before he took to the stage, he explained: “Its an act I’ve built, it’s dangerous, it’s never been seen in front of a live audience before.

“It’s not safe, it’s not smart. Ultimately it is a science experiment you know, scientists call them experiments for a reason because they go wrong.”

Kevin introduced himself and his act to the panel, revealing his act was also his day job before he got underway.

He said: “I think we can all agree magic can be really beautiful but my other passion in life is physics, I was a scientist for many years. Today I want to show you how science can be just as beautiful as magic – and also as dangerous.”

He unveiled a model of his “favourite desk toy,” a harmonic pendulum, before telling the panel what was to come: “I realised, by observing the patterns, again and again, they seemed to repeat, they were exactly the same every time.

“In theory, an object could travel from one side of the pendulum to another without being struck,” he said, before he got back on stage to a much bigger version.

Bystaronline@reachplc.com (Ailbhe MacMahon) Adele proved she has a knack for comedy during last night's (October 24) Saturday Night Live performance, as she had the audience...
Read more