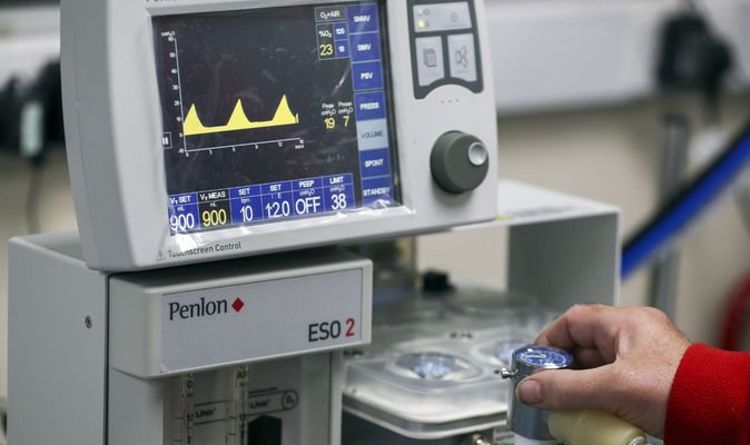 The government has ordered 20,000 ventilators from the group, which includes Ford and Airbus.

Their aim has been to produce 1,500 a week and distribute them to the NHS.

Dick Elsy, who leads the VentilatorChallengeUK consortium, said: “We have the ability to produce more if demanded.

READ MORE: Shock data shows UK government is a fifth of the way towards COVID-19 target

Ventilators are essential for preventing lung failure in severe cases of coronavirus.

The NHS had access to around 8,000 ventilators before businesses were ordered to pitch in.

The initial order to VentilatorChallengeUK was placed on March 28.

Other industry leaders such as Dyson and JCB have begun production of ventilators to help increase supply.

The consortium’s strategy has been to ramp up output of two devices made by Penlon and another existing producer, Smiths Medical.

Mr Elsy praised the decision to use the existing designs and adjust, rather than design new ventilators from scratch.

“It was our choice that the quickest route was to embrace those existing units.

“Others pursued the start-from-scratch approach and some of those projects have been turned off.”