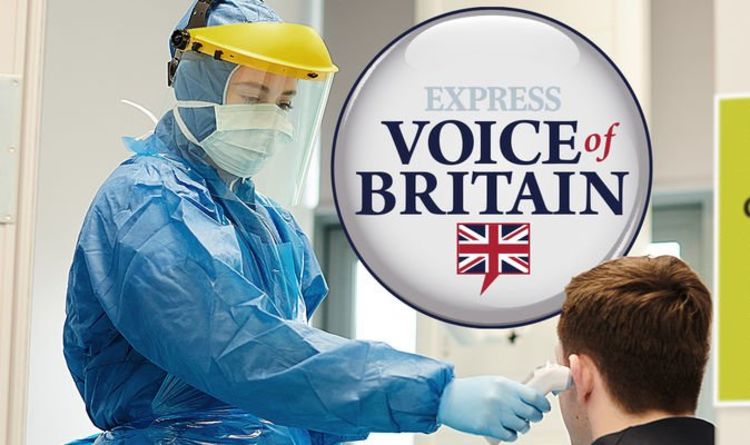 Speaking at the No 10 press briefing on Sunday, Health Secretary Matt Hancock said it was impossible to say when frontline NHS staff will receive PPE. Medical groups have warned they do not have enough gowns, masks, gloves or goggles to deal with the number of patients entering hospitals. After the deaths of over 19 NHS staff, the Royal College of Nursing urged its members to refuse to treat patients if they did not have adequate PPE – albeit this would a last resort.

With that in mind, Express.co.uk asked readers, ‘Should nurses be allowed to refuse to treat COVID-19 patients without protection?’

A further 601 said they shouldn’t while 132 said they weren’t sure.

One person wrote: “I cannot believe that some people think they should not have protection!”

Another person also wrote: “In no other job would the workforce be expected to work without safety equipment being provided.”

A third said: “Let the MPs come in and take the risk, our nurses and doctors have sacrificed enough.”

A fourth said: “The COVID-19 crisis should have been put on a war footing and UK manufacturing restructured to provide all the PPE required in the UK.

“The Government’s emergency powers should be implemented immediately. What are we waiting for?

JUST IN: Meghan Markle and Prince Harry ‘not in it together’ with Royal Family

He added: “We’re working night and day to make sure we get the right PPE.

“And actually the thing I want to do is pay tribute to the unbelievable efforts of a huge number of people to get to the position we are in now.

“Which as I said, is improving, but we won’t rest until we get there.”

The crisis over PPE comes as the total number of deaths in the UK rose to 10,612 at the time of writing.

Labelled as a “sombre day” for the country Mr Hancock once again reiterated the need to adhere to social distancing measures.

Business Secretary, Alok Sharma was also quizzed over the lack of PPE equipment.