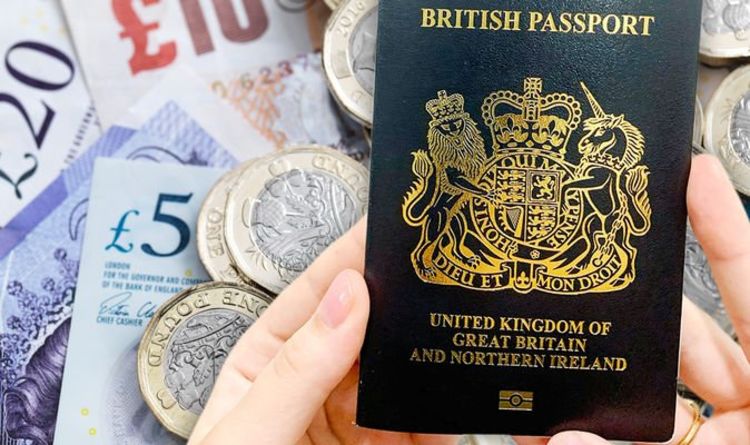 Britons are about to get the very first Blue passports following the UK’s departure from the European Union. Those who are due a passport renewal and apply for a new one now could be one of the first to get their hands on the new blue travel document.

However, if you were hoping to cash in once your blue passport is expired then you may be disappointed.

Though the first edition passports could be high value to future collectors, you may not earn a penny from them.

This is largely because taking hold of someone else’s travel document, whether valid or not, is deemed illegal behaviour.

Furthermore, though a passport holder could potentially sell on their used travel document, it remains the property of the issuing government and thus was never the holder’s right to sell.

According to an unnamed lawyer, who spoke to PassportCollector.com: “Whether the passports say it or not, the passports are always the property of the issuing country.

“Expired passports are returned to the bearer so the bearer can prove trips, residence abroad, etc, but they remain all the time the property of the issuing entity.

“When you sell used passports, you are technically just selling the right to possess them, but not the ‘full’ property right, which you never had in the first place and which therefore you could never have sold.”

Selling a passport can be deemed as fraudulent activity, and therefore it is near impossible to put a price tag on how much the first issues of the blue passports would cost.

Furthermore, travellers are advised to hold onto their expired passports, in a bid to avoid identity theft.

With that said, if you are randomly selected to receive one of the first its still a sign of good luck and will add a certain amount of value, even if a monetary sum can not be attached.

Travellers applying now won’t be able to state a preference of colour, and regardless of the exact shade, all documents issued by the government will be equally valid for travel.