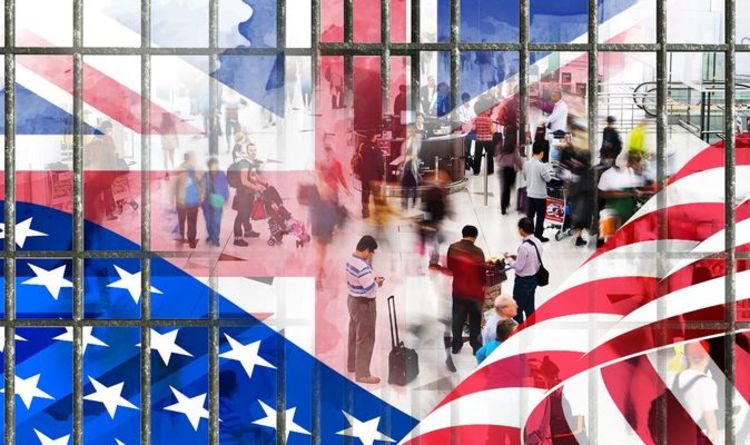 To be stopped at border control often causes anxiety for most travellers – from the innocent to the guilty. And for those travelling to the USA, they might be required to give a sample of their DNA to be allowed to enter the country.

The shocking move has been enforced by the US government, who will make it a legal requirement if detained while travelling.

In a new memo published by the Department of Homeland security, it said travellers with a green card could be “subject to DNA testing, as well as asylum seekers and people entering the country without authorisation,” according to CBC.

The DHS memo also added that refusing could lead to criminal charges.

Once the DNA is collected using saliva swabs, it will be sent to the FBI and put into the criminal database and held.

The 90-day pilot program will begin testing on January 13 at the Canadian border near Detroit and Mexican border at Texas.

Last year, a British family were left ‘traumatised’ after being arrested at the US border and detained.

David Connors, 30 and his wife Eileen, 24, were driving with family members on October 3, 2019 when they veered onto a small road to avoid hitting an animal.

A police officer allegedly pulled them over, told them they were in the US state of Washington and arrested them.

They were held in Pennsylvania with their three-month-old baby.

However, US immigration officials confirmed the family were being held, but denied the couple’s allegations of mistreatment and inhumane conditions.

In 2019, a British tourist was jailed for 82 days for bottles of honey which were suspected to be crystal meth.

Leon Haughton was returning to Baltimore Washington Airport after a trip to Jamaica.

After arriving at the airport, the Transportation Security Administration (TSA) dogs began sniffing his bag.

BySir Cliff appeared on Life Stories where he was interviewed by the show’s host Piers Morgan, 55, last month. In the candid chat about his...
Read more