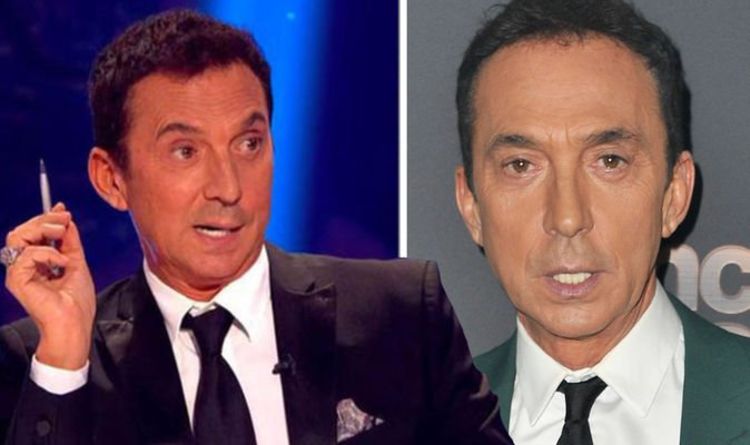 Bruno Tonioli, 64, took to Twitter last night to apologise to his fans for not being active on social media yesterday. Bruno usually responds to his fans promptly but on Monday he took some time for himself amid the panic and hysteria surrounding the current public health emergency.

The Strictly Come Dancing judge confessed he was “feeling a little down” about the uncertain times ahead for the UK and the world, as the coronavirus continues to spread like wildfire and the death tolls in each country continue to rise.

Posting to the social media site, he wrote to his 211,000 followers: “So sorry I haven’t been on Twitter today, I have to say I’m feeling a little down with staying in and just the not knowing #coronavirus,” he said, accompanied with an emoji wearing a mask.

The professional dancer, who joined the Strictly panel back in 2009, has been self-isolating so as to protect himself and others from the contagious illness, and his fans rushed to the comments section to let him know he’s not alone in feeling down about the restrictions.

Sending their love and support to the 64-year-old dancer, one encouraged: “Sending a virtual hug to you. We’ll get through this.”

Others urged the judge to “keep positive” and suggested he binge watch Netflix series’, as the UK plunges into lockdown.

As of last night, Prime Minister Boris Johnson announced that the nation have to stay inside to prevent anymore spread of COVID-19, adding more pressure on our NHS staff who are working tirelessly day in and day out to save the lives of those suffering with the virus.

Implementing an immediate lockdown, the public are only allowed to venture outside for shopping for basic necessities, daily exercise, medical or care need, and travelling to and from work where “absolutely necessary”.

Gatherings in public of more than two people who do not live together are also prohibited and shops selling non-essential goods are being told to shut as the death toll reaches 335.

In the televised statement, Mr Johnson confirmed that if people don’t adhere to the new regulations, the police have been granted power to fine rule breakers and disperse gatherings.

The Italian dancer has spoken out about his fears of the coronavirus from the start, tweeting: “So worried about what the future holds, it will certainly be a whole new world.”

“Hope you are staying safe wherever you are in the world… #COVID-19”, he continued.

Bruno’s native country has been hit the worst in Europe, with 63,927 confirmed cases.

ByJohnni Macke Love conquers all! The coronavirus pandemic has halted many things, but proposals are still happening. Demi Lovato and Max Ehrich, for instance, got engaged...
Read more
Celebrity