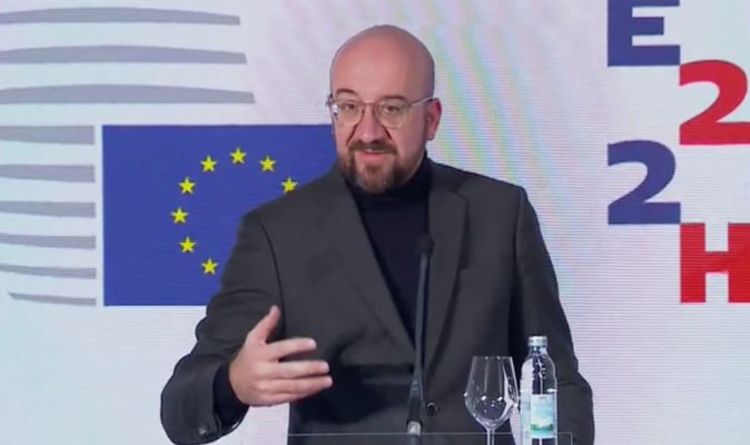 Brussels’ most senior official issued the rallying call for unity to prevent any breakaway nations emerging in Britain’s last days of membership. He also said Brexit has also added an unwanted dimensions to the bloc’s own negotiations on its next multi annual budget. Speaking at the launch of Croatia’s rotating EU presidency, Mr Michel said: “It will be very important, like the first phase, to guarantee the unity… to guarantee the transparency of member states in order to get that deal.”

He added: “Unity requires permanent effort at the European level and we know when we have to negotiate a budget it is always complex and difficult, especially difficult at a European level because we face the Brexit gap.

“I am confident… I am confident because I feel at a European level there’s a strong commitment to make progress together.”

According to the European Commission’s assessment, the Brexit gap accounts for around £11 billion per year.

Mr Michel has previously warned that some member states would have to contribute more funds to Brussels’ financial coffers while some others receive less in handouts.

This has triggered bitter divides between member states, with some diplomats predicting a “blood bath” during future negotiations on the MFF.

Croatian prime minister Andrej Plenković, who will play a vital role in setting the EU’s agenda over the next six months, said the bloc had carried out studies to help the remaining countries stay united during future talks with Britain.

“We will find and forge a partnership of the 27 that will bring about this first agreement that is about to be negotiated in a way that is realistic and useful for all of the member states, and the UK,” he said.

Meanwhile in Sweden, Michel Barnier, the EU’s chief negotiator, also warned of the challenges faced by the EU and UK when discussing their future relationship.

He criticised Boris Johnson’s demand to conclude talks within an 11-month timetable to avoid extending the Brexit transition period, which keeps the UK tied to the EU’s rulebook.

The Prime Minister yesterday told EU Commission chief Ursula von der Leyen a Brexit trade deal with Brussels must be sorted by the end of the year.

“Like I said earlier, the timetable ahead of us is extremely challenging,” Mr Barnier said.

MUST READ: Brexit LIVE: Boris to hold ‘EU over barrel’ on fishing rights

The EU’s chief negotiator also claimed that failure to strike a deal by December would be more harmful for the UK than the EU.

He said: “The UK represents nine percent of all EU27 trade.

“But more significantly, the EU27 accounts for 43 percent of all UK exports and 50 percent of its imports.

“So, it is clear that if we fail to reach a deal, it will be more harmful for the UK than for the EU27.”