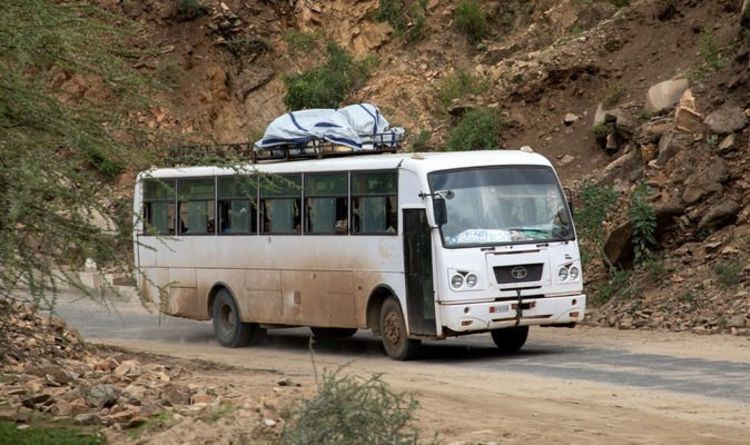 Brussels spent £17 million in the war torn African state last year as part of its overseas development effort in a bid to curb illegal migration into Europe. The funds helped the Eritrean government purchase equipment and materials to build a road. But to finish the infrastructure project, the country’s conscripted workforce was used, the New York Times reported.

The European Commission has no real way of monitoring the project after handing over the funds, leaving the Brussels-based EU executive open to scrutiny.

Eritrea’s forced conscription system has previously been described as “tantamount to enslavement” by the United Nations.

Isaias Afwerki, the country’s rebel-leader-turned-president, has maintained a state of emergency since 2000 after a war over its border with Ethiopia.

As part of Eritrea’s state of emergency, its leader has established a national service programme of universal and indefinite conscription.

“The government continues to conscript much of its population into indefinite national service and hold scores of political detainees in inhumane conditions.”

Eritreans are trapped in the conscription system, and the country, since an exit visa is required to leave.

Many remain conscripted into their 40s, doing military and civilian jobs for little pay.

The EU Commission said it had “been informed” by Eritrea that conscripts would be used to work on the road project.

The project was set up to ensure the European Union is not directly paying for conscripts to work on the building site.

A Commission spokesman said: “The EU does not pay for labour under this project.

“The project only covers the procurement of material and equipment to support the rehabilitation of roads.”

MUST READ: Macron’s terrifying plan for the EU revealed by his chief adviser

But the United Nations Office for Project services revealed it “is not monitoring the implementation of the project”, according to a spokesman.

“The project is carried out by the government and progress is monitored by the ministry of public works,” they added.

ByAFP NewsJacob Stockdale insists Ireland can win the Six Nations as they prepare to return to action, even though England are firm favourites to...
Read more