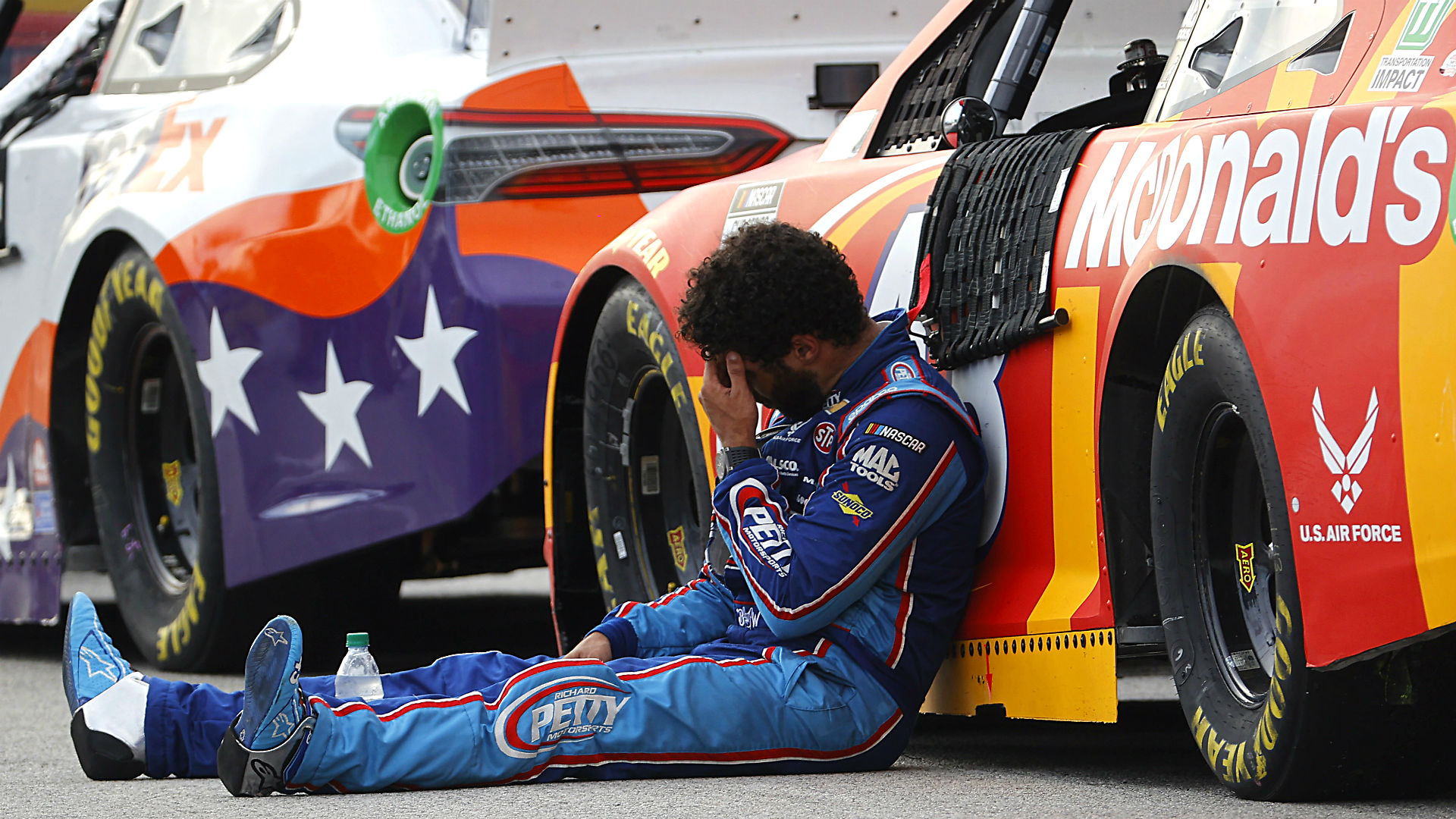 Wallace was listening to a question from Fox Sports’ Jamie Little about his wearing an “I Can’t Breathe/Black Lives Matter” T-shirt before the race when he slumped and appeared to briefly lose consciousness. A crew member steadied him.

Wallace was later placed on a stretcher and wheeled into an ambulance.

NASCAR tweeted that Wallace was treated and released from the infield care center. It provided no other details.

Wallace tweeted Sunday night that he was “good,” but he, too, did not offer details.

Got sent to the Gulag..

Wallace also had difficulty getting out of his car after the race’s finish. It was reported he “fainted” after exiting.

Air temperatures for the race were in the mid- to high 80s with high humidity.

This article has been updated with statements from Wallace and NASCAR.