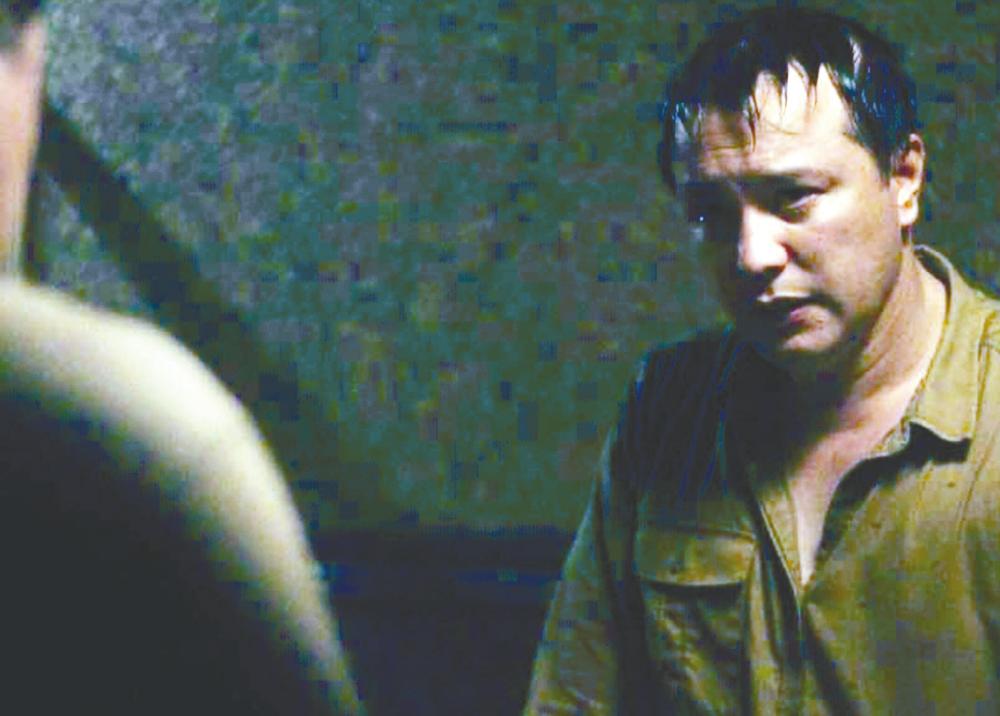 AWARD-WINNING actor Datuk Seri Eizlan Yusof makes his feature film directorial debut with Town Mall. Adapted from the best-selling horror novel by Hasrudi Jawawi, Town Mall centres around the construction of a shopping mall, which is stopped when workers encounter some supernatural events.

Ten years later, a local property developer plans to restart the project in the hopes of turning it into a popular shopping mall. However, project manager Rusdi begins to experience some disturbances.

“The novel is a bestseller and has a large fanbase,” said 49-year-old Eizlan.

“The readers of the novel will be eager to catch the movie, and that is a good thing. We already have a built-in audience.”

Eizlan is also using some Computer Generated Imagery (CGI) to enhance the scariness for the movie. The shooting took place in an abandoned building in Sungai Buloh, which is also said to be haunted.

Eizlan said: “I could feel some spookiness and eeriness, during the shoot. But thank God, I did not have any serious ghostly experiences. I just ignored the ghost stories and focused on my job. The more you ignore it, the less you will be haunted.”

The film is set to premiere at the end of the year.

He started his career as a model for TV and print advertisements at the age of 13. He was hanging out with his friends at Sungei Wang Plaza in Kuala Lumpur when a talent agent spotted him.

“I wanted to be an actor during my modelling days,” he said.

In 1994, he made his acting debut with a supporting role in Kad Cinta under the direction of the late Julia Dahlan. But critics were not impressed by him. He was labelled a “handsome actor who will fade away”.

“I was called an ‘artis majalah’ (magazine cover actor),” he said.

“They did not give me a chance to prove myself. They immediately labelled me as a failure.

Eizlan did not fade away as his critics predicted. In fact, he lasted more than 20 years in the industry.

He also won two major awards – Most Promising Actor for his role in Perempuan Melayu Terakhir at the 14th Malaysian Film Festival in 1999, and Best Supporting Actor for Panas at Anugerah Skrin in 1998.

“I managed to shut my critics up,” he said. “They no longer doubted me.”

Eizlan didn’t just stick to acting. He co-directed a few episodes of the 1999 TV series Unit Kecemasan Kuala Lumpur. He also became a scriptwriter and producer.

He even returned to directing for TV again 14 years later in 2013, with the series Bujang Lima.

However, he said: “My first love is always acting. I love the idea that you can become someone else through your acting, and explore many emotions.

“I made the right choice being in this creative industry. I always believe the best job in the world is the job you love the most, and I love what I am doing.”

He has three children – Vie Zaara, 12, Zareef Yusof, 10, and Vie Zaalia, seven. His son has appeared in two TV series as a child actor.

“My daughters are also keen to act,” he says.

“I do not encourage them to act, nor do I stop them from pursuing acting. I will allow them to act during the school holidays as I do not want them to neglect their studies.

He said: “After getting their paper qualifications, I will allow my children to pursue whatever their hearts desire. I want them to be happy, too.”