Bundesliga's return to action, Dortmund's big victory demonstrate 'new normal' is not as abnormal as many suggest 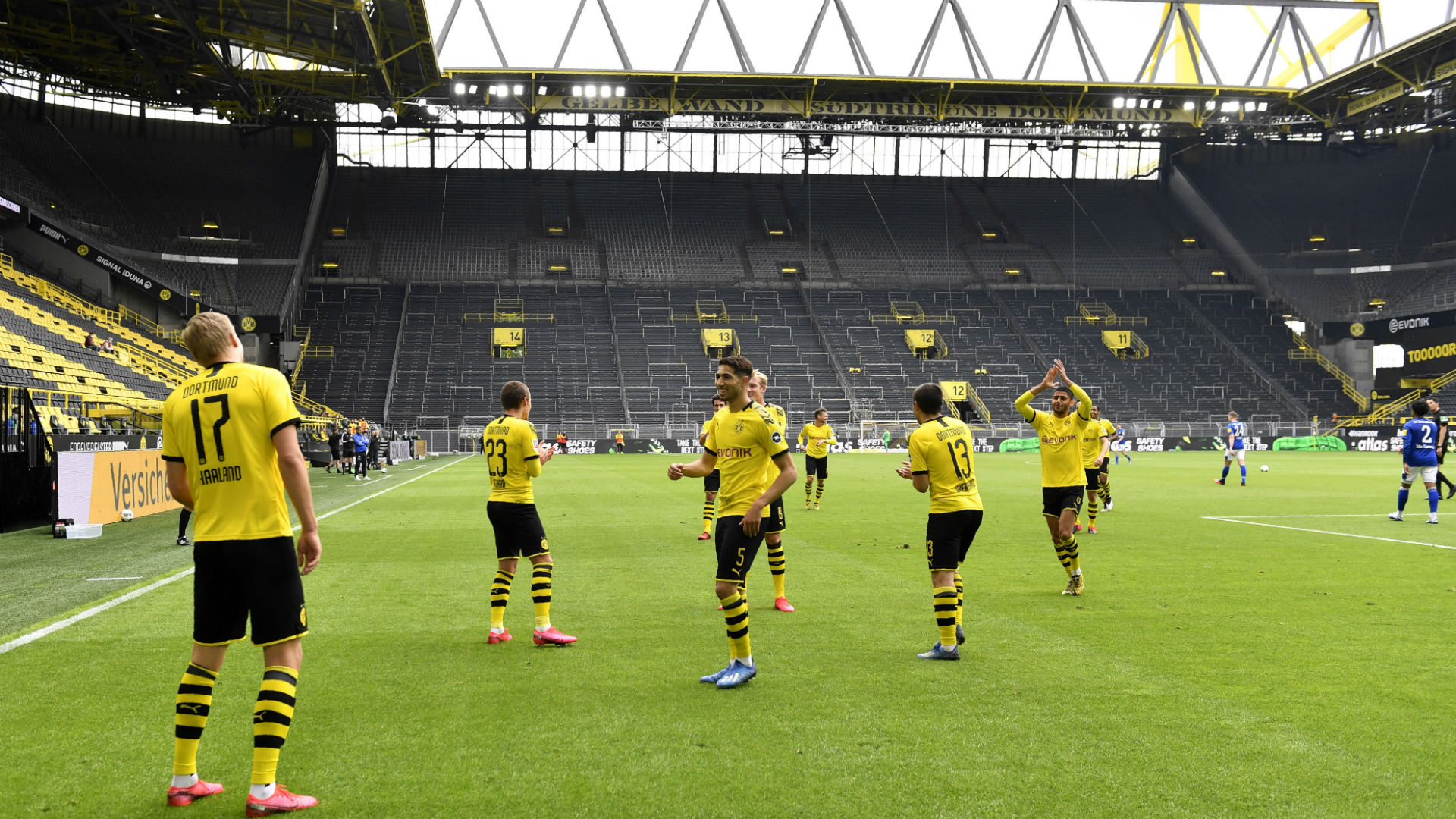 At some point, perhaps about the time rising star Erling Haaland struck with a perfect touch on a rapid Borussia Dortmund break, it became clear what we were watching Saturday morning should be not about what was missing but what was occurring.

There was so much lament about the absence of spectators as Germany’s Bundesliga became the first major professional league to return to the stage since March, when the COVID-19 pandemic shut down big-time sports. There was too much neglecting that big-time soccer once again was being contested.

And this was big-time, though not so much on FC Schalke 04’s side as on Dortmund’s.

Borussia Dortmund’s 4-0 victory, in the first major team sports event on U.S. television in two months, featured so much of what we’ve been missing. There essentially were no fans, but this was only as distracting as the telecast demanded it be. It was a game, and it was compelling.

This is our new normal, at least for a while, and it was not nearly as abnormal as some were insisting. And the more of this we safely can cram into the ensuing months in North America — whether it’s the return of the NHL, NBA, MLS, Major League Baseball or the NWSL and WNBA — the more normal it will feel here.

Haaland has been a revelation for Dortmund since the club, as per its custom, scouted the 19-year-old Norwegian and saw his talent verified in a Champions League group-stage defeat to Liverpool. He was purchased for $ 22 million from Austria’s RB Salzburg in January and has scored 10 goals in six Bundesliga starts.

The 10th of those came in the 29th minute against Schalke, Haaland positioning himself in the box to field a sharp cross from winger Thorgan Hazard and flicking it into the left side of the goal. Dortmund got two from Portugal’s Raphael Guerreiro, the second on a blistering outside-the-boot shot that completed a second-half counter. In the Bundesliga standings, Dortmund cut its deficit behind first-place Bayern Munich to a single point, albeit with Bayern is set for a Sunday noon ET game against 12th-place Union Berlin on FS1.

About the only genuine disappointment in all this, from an American perspective, was that U.S. U-17 star Gio Reyna had been assigned his first start for Dortmund but wound up injuring himself in pregame warmups. And Schalke wasted what was largely a stellar performance by USMNT midfielder Weston McKennie, whose frequent intercessions could not resolve all of his team’s defensive issues.

“In a situation like this, you must try to have fun,” Dortmund midfielder Julian Brandt said following the game. “What’s better than coming back with a result like this?”

There is no question this game would have had a different feel had it been played under ordinary circumstances. The scene at Dortmund’s Westfalenstadion, which has a capacity of 81,365, typically is one of the most electric in world sport.

Those who watch soccer religiously, though, which is most who watch soccer, likely have seen hundreds of games with minimal crowd involvement. The U-20 and U-17 World Cups? The CONCACAF youth qualifiers? The Toulon tournament? Rarely are those games played with any crowd impact at all.

I’ve followed the Columbus Crew for nearly two decades. I’ve never attended a game at Crew Stadium that reached more than half capacity. When I sat in the stands at the 2008 Eastern Conference final, I practically had a row to myself. Watching on television, nearly every Crew home game for the past dozen years, the empty seats seemed only slightly less numerous than were evident Saturday at Dortmund.

It’s never mattered. The investment in the game fluctuates based on the consequence, on the identity of the competitors and the esteem of the competition.

The Bundesliga has not been a high-priority league for many U.S. fans, other than monitoring the adventures of the many Americans who perform there. As it is the only game in town, though, this represented an opportunity to examine its appeal in the purest sense, and Dortmund surely delivered.

It was interesting that the Dortmund players chose at the end to gather and applaud what would have been the stadium’s Yellow Wall — undecorated and plain gray on this occasion — as they would after any home victory. There was a smattering of audible cheers, perhaps from the team’s employees, where otherwise would be a roar.

The goal celebrations were muted. No unnecessary touching and certainly less self-indulgence. This was purely sport. It had been missing longer than we ever could have imagined.