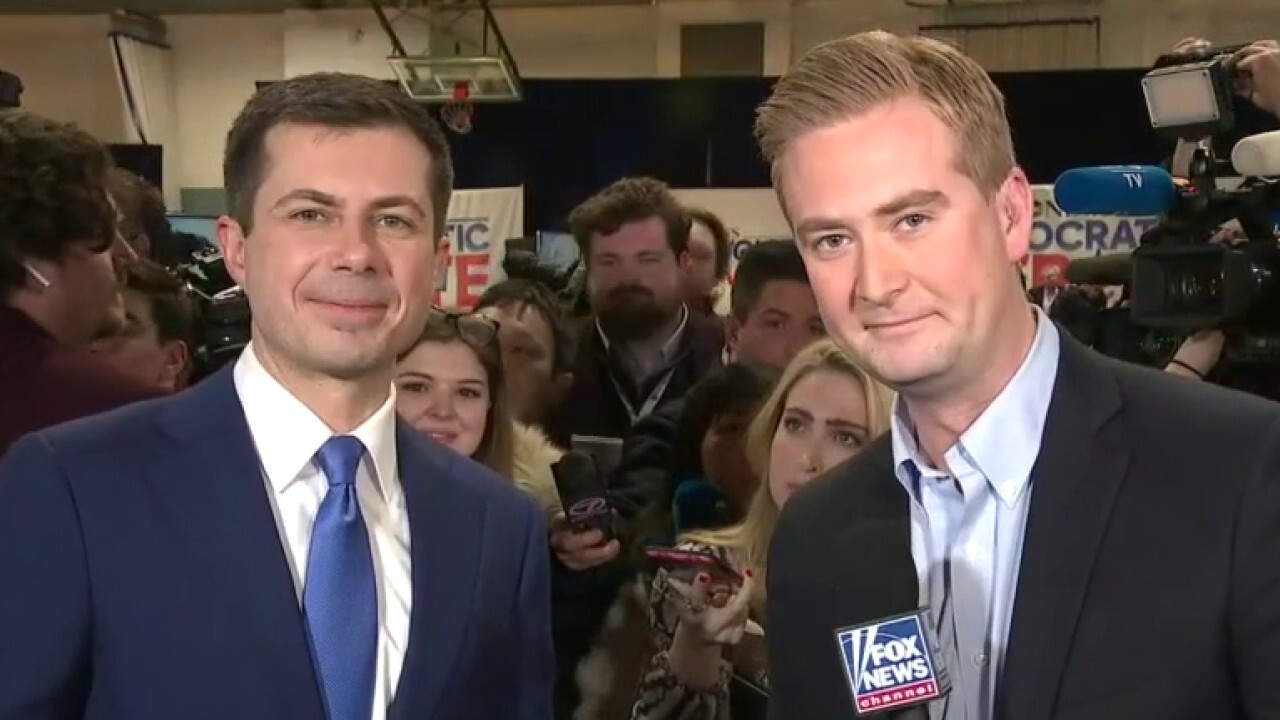 MANCHESTER, N.H. —  Pete Buttigieg is surging – and has edged past Democratic presidential nomination rival Sen. Bernie Sanders in a new survey in New Hampshire, where voters will head to the polls Tuesday in the first primary election of the 2020 race for the White House.

The former mayor of South bend, Ind., is in a statistical tied with the populist senator from Vermont among likely voters in the Granite State, with former Vice President Joe Biden a distant fourth, a Suffolk University survey for the Boston Globe and WBZ-TV released Friday night indicates.

The survey shows Buttigieg at 25 percent and Sanders at 24 percent support among likely Democratic primary voters in New Hampshire, according to Suffolk’s latest daily tracking poll results from Thursday and Friday evenings. Buttigieg has surged 10 percentage points over three nights.

Sen. Elizabeth Warren of Massachusetts registers at 14 percent, edging up three points this week. Biden dropped to 11 percent, down four points over the past three nights.

New Hampshire voters are traditionally late deciders and the poll suggested this year is no different. Seven percent said they remained undecided as Tuesday’s primary election nears, and 45 percent of those backing a candidate said they could change their minds before casting their vote.

Earlier Friday, a new NBC News/Marist poll in New Hampshire showed Sanders at 25 percent support, with Buttigieg at 21 percent. Warren stood at 14 percent, with Biden at 13 percent and Klobuchar at 8 percent.

Steyer and Yang each registered at 4 percent, with Gabbard at 3 percent and Bennet and Patrick at 1 percent.