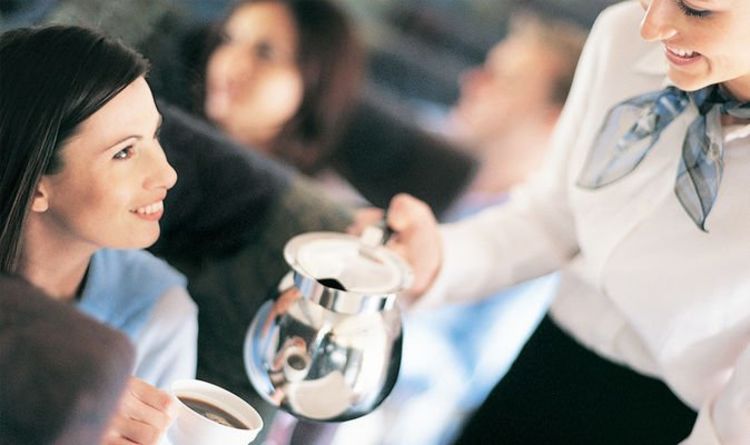 However, ordering your favourite hot beverage on a flight may not be the best idea.

Flight attendant Jamila Hardwick told Inside Edition that there is one particular reason why passengers shouldn’t order hot beverages on board.

“You might want to think about ordering something other than coffee or tea. The thing about the coffee and the tea is that the pipes are rarely cleaned,” Ms Hardwick said.

According to Inside Edition, airlines are only required to disinfect and flush the water tanks four times a year.

In a study from Hunter College’s New York City Food Policy Centre, they found that most major airlines don’t have water that passes federal regulations for “relatively safe, clean water”.

Commenting on the findings, microbiologist Keith Warriner said: “We’ve got to try and think how would fecal contamination get inside [the seat pocket].”

Other surfaces in commercial aircrafts which are considered the filthiest include the head rest, which according to the study, contained the highest total aerobic count, haemolytic bacteria and E. coli found in the surface.

This was followed by the washroom handle, tray table and seat belt.

Cleanliness is particularly important to Britons with many admitting to bringing their cleaning habits on holiday.

A recent survey from End of Tenancy Cleaning Company, found Britons are extremely particular when checking into the hotel, and more than half of them bring cleaning products with them to a hotel.

The survey, which was completed by 3,446 participants, found 79 percent of people check hotel bed linens on arrival, followed by bathtub/shower (68 percent) and glasses and mugs (63 percent).

ByFollowing the news, Niall MacCarthy, managing director at Cork Airport, said: “The news that Ryanair will be cancelling all flights from Cork airport for...
Read more
Travel

Pound euro exchange rate 'resilient' – should you buy travel money for your holidays?

ByTransport Secretary Grant Shapps announced last night on Twitter that Cyprus and Lithuania would be added to the quarantine list from 4am on Sunday....
Read more
Travel

ByTUI TUI holidays to Cyprus have been cancelled until November 4 at the earliest. Anyone who is affected by the cancellations will be notified and given...
Read more
Travel

Where Cruise Ships Are Sent to Die

ByWizz Air passengers can also bring on board one piece of hand luggage, measuring up to 40cm x 30cm x 20cm.It must weigh no...
Read more