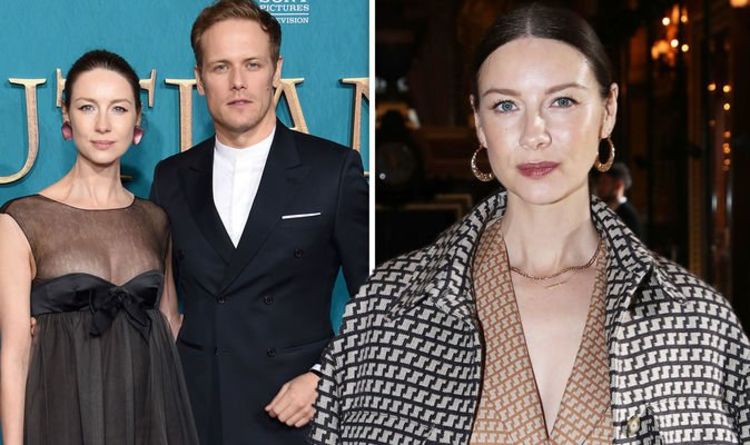 Caitriona Balfe, 40, has sent support to her Outlander co-star Sam Heughan, 39, after he revealed he has faced abuse and death threats from online bullies for six years. The Claire Fraser star addressed the upsetting situation in view of her 444,000 Twitter followers yesterday.

Retweeting Sam’s statement, in which he spoke about his traumatic experience, Caitriona commented that it is “sad” her on-screen love interest “had to come out and say all this”.

She wrote: “Sad that Sam has had to come out and say all this.

“I would have thought mean b***hy behaviour would have been left in the school yard.

One person wrote: “I’m so sorry for all of this. You’re all so good to us, giving your time and your efforts to make us happy, and some people treat you that way. This is a shame. You don’t deserve this. Nobody deserves this.”

Another fan commented: “What you said is so important and true. What happened to Sam is awful and thank you so much Caitriona for always being the best example I can have, truly.”

He wrote in the post yesterday: “After the past six years of constant bullying, harassment, stalking and false narrative I am at a loss, upset, hurt and have to speak out.

“It’s affecting my life, mental state and is a daily concern. My costars, friends, family, myself, in fact, anyone I’m associated with, has been subjected to personal slurs, shaming, abuse, death threats, stalking, sharing of private information and vile, false narrative.”

Sam continued: “I’ve never spoken about it because I believe in humanity and have always hoped these bullies would just go away. I can’t elaborate for ongoing legal reasons but they are professionals: teachers, psychologists, adults who should know better.”

The Jamie Fraser star said he had become a victim of false claims such as him manipulating fans or trying to mislead them for money, which he says is all part of a “false narrative” about him, created by bullies.

He went on to say that the culprits have also “shared private information” and abused him and his loved ones “for the last six years”.