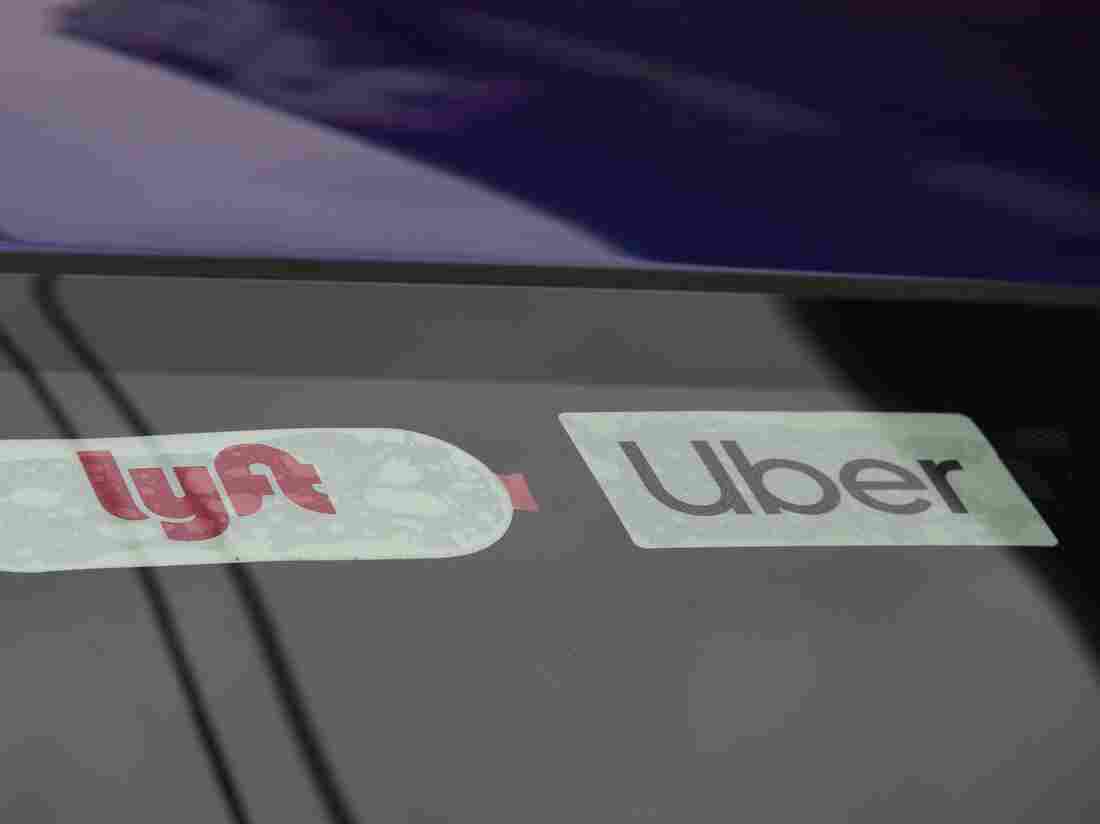 In a ruling Monday, a California judge said Lyft and Uber have refused to comply with a California law, known as AB5, passed last year that was supposed to make it harder for companies in the state to hire workers as contractors. Robyn Beck/AFP via Getty Images hide caption 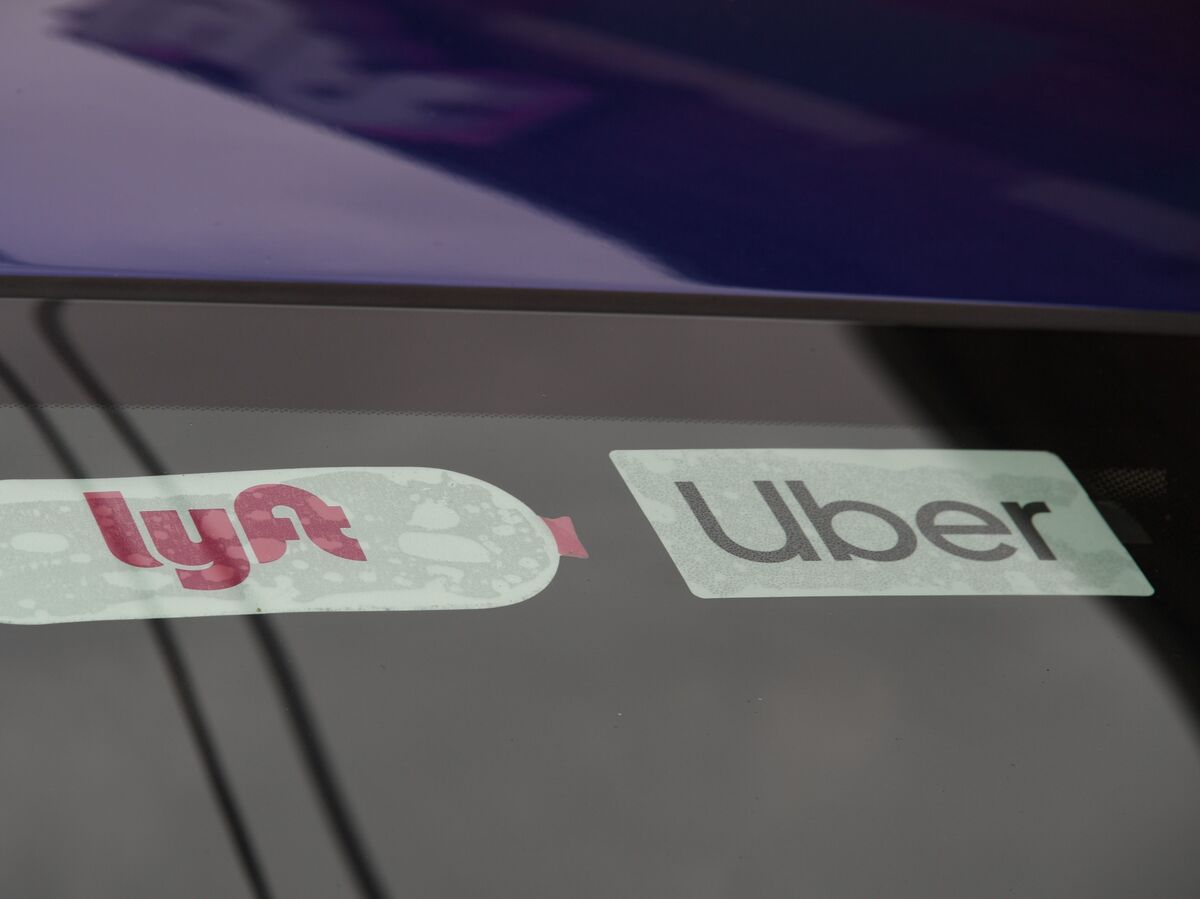 In a ruling Monday, a California judge said Lyft and Uber have refused to comply with a California law, known as AB5, passed last year that was supposed to make it harder for companies in the state to hire workers as contractors.

A California judge has ordered Uber and Lyft to reclassify their workers from independent contractors to employees with benefits, a ruling that could be consequential for gig economy workers if it survives the appeals process.

Superior Court Judge Ethan Schulman ruled Monday that Lyft and Uber’s thousands of contract drivers should be given the same protections and benefits under labor law as other full-time employees of the ride-hailing companies.

Schulman said Lyft and Uber use “circular reasoning” by only treating tech workers, not drivers, as employees.

“Were this reasoning to be accepted, the rapidly expanding majority of industries that rely heavily on technology could with impunity deprive legions of workers of the basic protections afforded to employees by state labor and employment laws,” Schulman wrote.

The judge said Uber and Lyft have refused to comply with a California law passed last year that was supposed to make it harder for companies in the state to hire workers as contractors, so gig economy workers such as drivers for the ride-hailing companies would receive health insurance, workers’ compensation and paid sick and family leave. As independent contractors, Uber and Lyft drivers are not provided these benefits.

“It bears emphasis that these harms are not mere abstractions; they represent real harms to real working people,” Schulman wrote.

“The court has weighed in and agreed: Uber and Lyft need to put a stop to unlawful misclassification of their drivers while our litigation continues,” Becerra said in a statement. “Our state and workers shouldn’t have to foot the bill when big businesses try to skip out on their responsibilities. We’re going to keep working to make sure Uber and Lyft play by the rules.”

The judge’s order does not take effect for 10 days. Both Uber and Lyft said they plan to appeal.

“The vast majority of drivers want to work independently, and we’ve already made significant changes to our app to ensure that remains the case under California law,” Uber spokesman Matt Kallman said. “When over 3 million Californians are without a job, our elected leaders should be focused on creating work, not trying to shut down an entire industry during an economic depression.”

In a statement, Lyft said: “Drivers do not want to be employees, full stop. We’ll immediately appeal this ruling and continue to fight for their independence. Ultimately, we believe this issue will be decided by California voters and that they will side with drivers.”

After the new state law, known as AB5, was passed, Becerra and city officials in Los Angeles, San Diego and San Francisco sued Uber and Lyft to force the companies to comply.

Monday’s order comes ahead of a trial in that case. But Schulman said there was an “overwhelming likelihood” that the state of California would win the case.

Uber and Lyft have asked the court to delay the order until after November when California voters will be asked whether to keep drivers as independent contractors, but Schulman rejected this request.

“Defendants are not entitled to an indefinite postponement of their day of reckoning,” the judge wrote.

Uber and Lyft, which already have trouble turning a profit, have argued that converting drivers to full-time employees would force the companies to lay off drivers and result in higher prices for passengers.

Ride-hailing companies have suffered mightily during the pandemic.

In its earnings call with investors this month, Uber said its core business of picking and dropping people off has fallen nearly 75%.

Uber is now making more money delivering food than it is from ride-hailing. Still, its revenue remains down 30% from the same period last year.

Since the coronavirus outbreak started, Uber has laid off some 6,700 office workers, and Lyft has let go of nearly 1,000 employees.

San Francisco City Attorney Dennis Herrera said in a statement Monday that drivers need additional protections, such as qualifying for unemployment benefits, now more than ever as the economic downturn leaves many workers especially vulnerable.

“These companies have pocketed millions of dollars by leaving taxpayers to foot the bill. That’s unacceptable,” Herrera said. “There is no rule that prevents these drivers from continuing to have all of the flexibility they currently enjoy. Being properly classified as an employee doesn’t change that.”

staronline@reachplc.com (Unzela Khan) Controversial statues have been demolished after causing "embarrassment" due to their resemblance to a penis. The fish statues which were erected in Morocco...
Read more
World

The Prime Minister is worried Britain is six weeks behind France and Spain in tackling the virus. He said it is “inevitable” that a second...
Read more