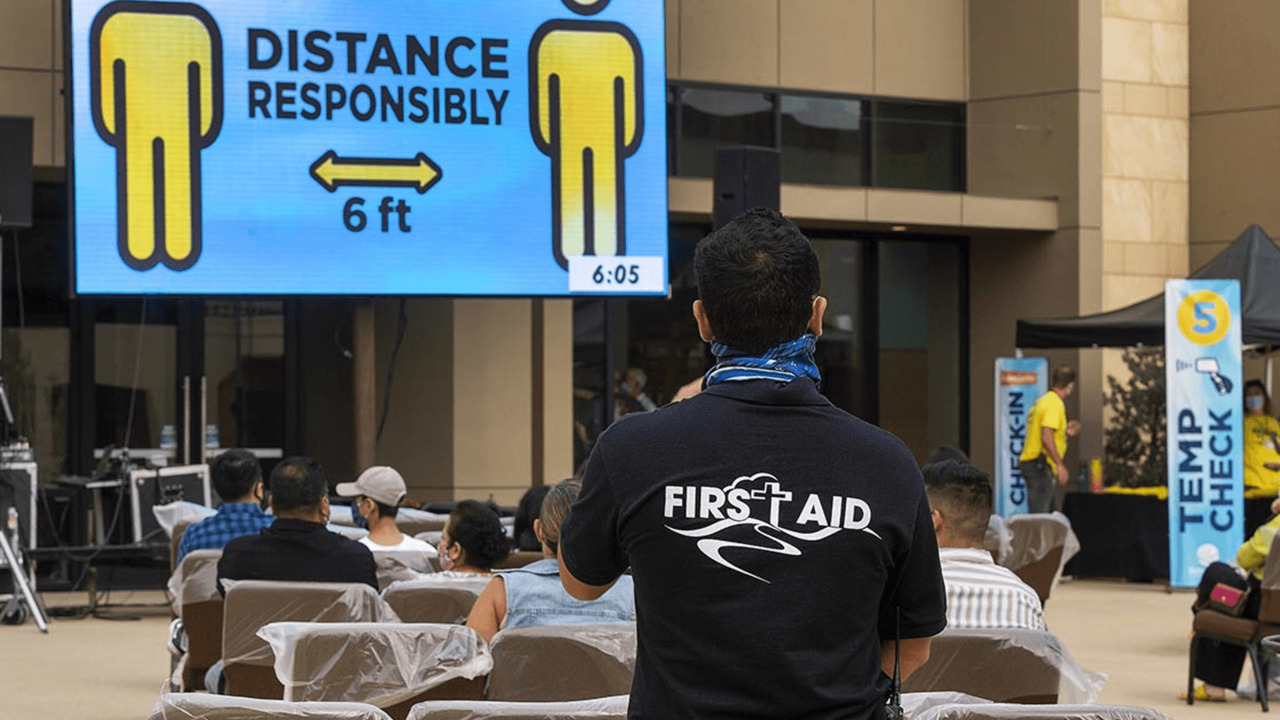 OAKLAND — Gov. Gavin Newsom shut down indoor activities across California on Monday in the starkest sign yet that the nation’s most populous state is scrambling to prevent months of progress against the coronavirus from evaporating.

Newsom ordered houses of worship, gyms and barbershops to close across dozens of counties that collectively contain the vast majority of California’s population and most of its urban centers. Statewide, bars will need to again shutter and restaurants must halt indoor dining.

The sweeping order punctuated California’s rapidly deteriorating situation. In March, Newsom was the first governor in the nation to fully shut down his state, elevating California into a poster child for aggressive efforts to limit the pandemic’s spread. Public health officials credited the effort with staving off a surge that might have crippled the state’s health care system.

“We were able to suppress the spread of this virus, we were able to knock down the growth of this in the beginning,” Newsom said Monday as he issued new restrictions. “We’re going to do that again, there’s no doubt in my mind.”

Caseloads and hospitalization numbers have risen sharply in recent weeks as California authorized counties to restart various sectors of the economy. Hospitals in some parts of the state are staring down the prospect of running out of beds as the state’s seven-day average of new infections is approaches 9,000 daily, while its positive test rate has climbed above 7 percent after hovering near 4 percent during the initial reopening process.

The Democratic governor previously ordered especially stricken counties to bar indoor commerce like inside dining and museums, but his Monday order expanded that mandate to cover all 58 counties in California — a clear acknowledgment that the state must do more to control the rapid spread of the disease.

“This virus is not going away any time soon,” Newsom said.

Newsom made a point Monday of delineating between indoor and outdoor activities, and his policies seem focused on preventing people from engaging in social activity indoors.

“His failure to accept responsibility and provide the direction to help our state navigate this crisis shows how he clearly is not the leader California needs,” Patterson said in a statement. “He has shown his true colors — and he’s simply not up to the task.”

The California Senate Republican Caucus added on Twitter: “Is rioting, looting and statue tipping still allowed in California, but not going to the nail and hair salon, or gym?”

The governor has said from the start that he retains the authority to tighten restrictions if numbers trend in the wrong direction, and he has clamped down in recent weeks. Monday’s order followed Newsom’s earlier directives mandating mask use statewide and forcing bars to close in several counties.

The hardest hit counties of California will see the toughest constraints, Newsom said. Dozens of counties that have landed on the state’s monitoring list — including nearly all of Southern California, plus most of the Central Valley and San Francisco Bay Area — will have to shutter places of worship, fitness centers, barbershops and shopping malls.

In another sign of California’s precarious status, the state’s two largest school districts — those serving San Diego and Los Angeles — announced on Monday that students would not return to campus in the fall, a decision that affects more than 700,000 students.

This article tagged under: