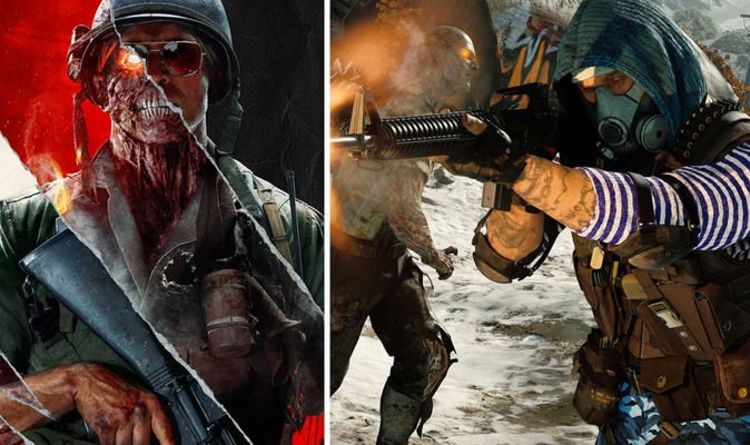 Call of Duty Black Ops Cold War Zombies is free to download for the next week.

The popular Zombies mode will be available for free from January 14 until January 21. There’s no official launch time, but it’s likely to land at 6pm GMT UK time.

Black Ops Cold War Zombies will be free on all platforms, including PS5, PS4, Xbox Series X, Xbox One and PC.

However, due to Activision’s partnership with Sony, PlayStation users will get the chance to play the game’s Onslaught mode.

Onslaught is a two-player Zombies mode with one or two unique features, such as a shifting safe zone. This leads to a much faster paced experience.

Treyarch explains more: “In this mode, your duo will use whatever is in your loadouts to fight against hyper-aggressive waves of undead forces.

“Unlike in traditional round-based Zombies, a Dark Aether Orb will confine you to a specific space on the map until it is charged by the souls of the undead.

While Onslaught is a neat distraction for PlayStation users, most people will head straight to the game’s Die Maschine mode.

Available for up to four players, the Die Maschine starting area pays homage to the very first Zombies map from World at War.

“An abandoned WWII-era laboratory in Poland containing a massive particle collider has opened a rift to unexplainable monstrosities and animated undead forces.

“As part of the international response team known as Requiem, you’ll infiltrate the DZ and try to survive waves of zombies through multiple rounds as you either uncover the secrets of ‘Die Maschine,’ or exfiltrate early with your life intact (and some great rewards to boot).”

Another nice touch is the ability for Warzone players to import and use any weapons unlocked via the Battle Pass.

That’s on top of the game’s existing upgrade and unlock feature, which lets you purchase weapons and equipment as you play, or install temporary upgrades.

There’s even a special Cranked version of Die Maschine, which adds a countdown timer after killing the first zombie.

Fail to kill another zombie before the timer hits zero and your character will instantly explode – as if you needed more pressure.

Fortunately, despite the timer getting faster and faster as the game goes on, players can unlock special abilities to freeze time and add a few more seconds.

“Watch the clock – and your six – to survive this fast-paced new Zombies game mode… and be sure to put the locational Ping system to use when playing with your squad,” Treyarch warns.