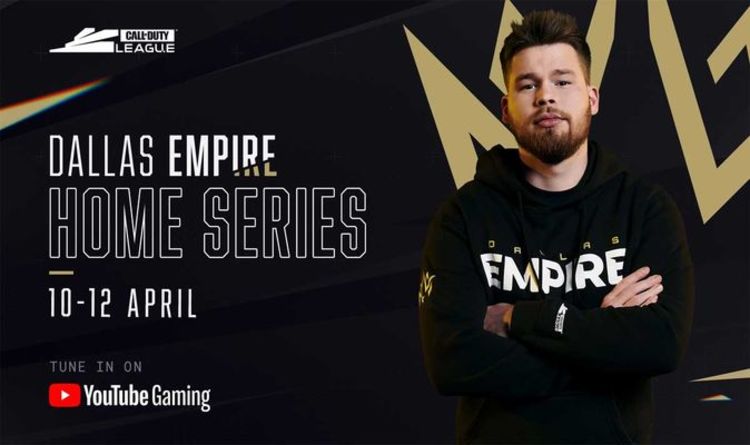 April 10 will see the return of live Call of Duty League games which will be available to watch online. The COD League launched earlier in 2020 with 12 teams in total launching globally. But the ongoing global challenges have meant the replacement of those live events and the scrapping of attendance.

The good news is that the Call of Duty League is kicking back into action this weekend with a full roster of matches.

And the good news is that everyone will be able to tune in from home and watch everything from the official COD League YouTube Channel.

The first Call of Duty League matches this month will start on Friday, April 10 at 4 p.m. ET, with the league shifting to an online competition and broadcast.

For Esports fans in the UK, this will mean tuning in at 9pm BST the same day.

A total of three days of Esports action has been lined up, meaning you’ll be able to follow everything across Friday, Saturday and Sunday.

In this new, fully online format, players, team staff, and production personnel will compete and work safely from locations of their choice.

And all nine remaining Call of Duty League Home Series events will be played using the same format, from Friday through until Sunday, and will start at the same time each day (Fridays at 4 p.m. ET, Saturdays at 1 p.m. ET, and Sundays at 4 p.m. ET).

The new schedule preserves the number of Home Series weekends originally slated to take place in a live event format and each Home Series will feature the same participating pro teams.

A message from the Call of Duty League explains: “Today, we are proud to announce that the world’s best players are returning to action this Friday, April 10 at 4 p.m. ET, with the league shifting to an online competition and broadcast production format.

“This new format also preserves the same competitive fire that fans witnessed at live events held earlier in the season. The action, intensity, rivalries, play-by-play, and good old-fashioned smack talk: it’s all back—while also giving players and teams the most safe and fair way of competing remotely, given the unique challenges posed by the current health situation. Fans will continue to see live competition that includes play-by-play analysis from their favorite Call of Duty League personalities in real-time.”