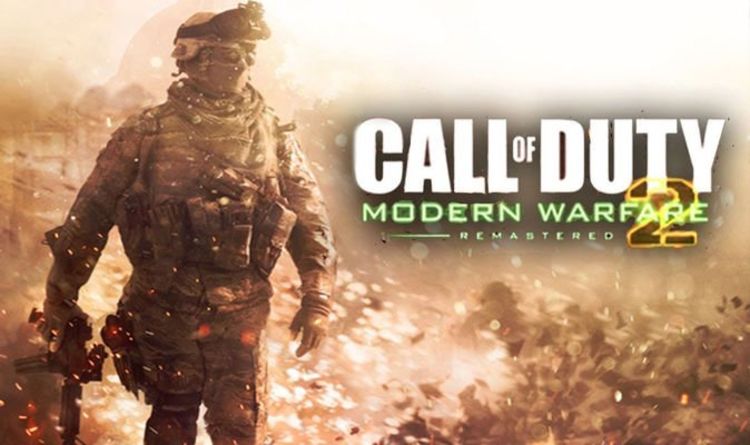 With PS4 exclusivity coming to an end, Call of Duty fans will be able to download the Modern Warfare 2 remaster from April 30 on PC and Xbox.

According to the Xbox One store listing, Modern Warfare 2 Campaign Remastered has a 6pm BST launch time in the UK, although don’t be surprised to see the game pop up early.

Indeed, fans can already pre-load the game ahead of launch, so it’s just a matter of Activision flipping the access switch.

Speaking of pre-load, fans should definitely download the game early in order to start playing at launch.

The Modern Warfare 2 remaster weighs in at a hefty 45GB, which could take a while to download based on the currently reduced WiFi speeds.

“Relive the epic single-player Campaign from the 2009 blockbuster Call of Duty: Modern Warfare 2, remastered for a new generation in true high-definition,” reads the official description.

“The Campaign picks up immediately following the dramatic events of Call of Duty 4: Modern Warfare, the ground-breaking title that earned worldwide critical acclaim.”

Needless to say, Modern Warfare 2 contains the controversial No Russian level, as well as upgraded versions of The Gulag and Cliffhanger.

“Modern Warfare 2 is the epitome of gripping and heart-racing action, as players face off against a new threat hellbent on bringing the world to the brink of collapse,” Activision continues.

“Experience classic missions including Cliffhanger, The Gulag, and Whiskey Hotel as you join Soap, Price, ‘Ghost’ and the rest of Task Force 141 in the globe-spanning fight to restore order to the world,” Activision continues.

Sadly, however, it’s not all good news, because the game doesn’t feature any MP multiplayer maps.

This is reportedly because Activision doesn’t want to split the playerbase, especially with Warzone and Modern Warfare proving so popular.

On the plus side, the game does have a budget £19.99 price tag, and even comes with some bonus goodies for Modern Warfare and Warzone.

This includes the Underwater Demo Team Classic Ghost Bundle, which contains a new skin, a couple of weapon blueprints and lots more.

“Gear up with one of the most iconic Ghost looks with this Ghost Operator bundle,” Activision explains.

You can access the free items right now if you’ve already pre-ordered the game from the Xbox One store.