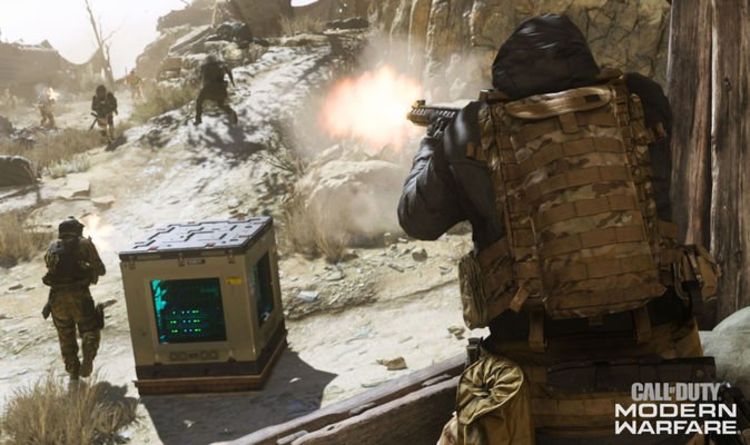 UPDATE ONE: Developers Infinity Ward has provided the latest on today’s Call of Duty Modern Warfare update error and reset problems with certain stats. The good news is that player COD progression has not been wiped permanently, but the downside is that fans will have to wait for all data to return.

Here’s the latest for Modern Warfare gamers affected by today’s Special Ops Reset, including changes to loadout slots and the error prompt: “A backend fix has already been deployed across all platforms, so you won’t see a download prompt or see anything pop-up on screen to notify you a fix is available.

“Part of today’s update included additional loadout slots. If you created classes in these slots, you’ll see that they have been reset back to default. This will only happen one time. If you didn’t create any additional classes in those slots, you won’t notice anything. This also fixes an issue where clicking on these slots could kick some players back to the multiplayer screen.

“If you were presented with the error prompt and did not click “Yes” and closed the game, your stats are still intact. Feel free to play as usual. If you did click “Yes” – you most likely noticed your stats in the combat record, leaderboards, custom classes, and Operators were reset. Nothing related to your progression was lost, so your rank, XP, Battle Pass progression, weapon progression, unlocks, purchases, etc., are all still intact.

“We’re actively working on a fix for this, but do not have one to deploy tonight. You are still able to play the game as usual, and your progression will still track, but please be aware that once we do have a fix, we may have to roll back your stats to the state they were in prior to today’s update.

ORIGINAL: Infinity Ward says they are investigating issues with today’s Call of Duty Modern Warfare update. According to console users who have downloaded the new patch, issues arise soon after trying to boot up the game.

A Modern Warfare Corrupted Data message can appear after completing the patch process. And the error prompt leads to certain options, both of which Infinity Ward warns not to complete. Some fans have also reported being stuck in a loop of being told to download the patch, only for the process to repeat.

The Modern Warfare support team says that gamers must ignore any options provided on screen and should hard close the game instead.

A statement from the development team explains: “We’re currently investigating an issue where players are getting an error prompt informing them their data is corrupt or did not download properly.

“Please do not select either option, but please hard close your application. Thank you for your patience while we work on this issue.”

For now, there is no reason to believe that player in-game progress will remain corrupted in the future. However, there is a chance that those who have chosen to reset their options may have to wait to get their data back.

And it appears until Infinity Ward is able to fix this problem, some gamers will not be able to play Call of Duty Modern Warfare.

The latest message from Infinity Ward confirms that today’s issues are still being looked into on all platforms.

“We’re still looking into this issue and appreciate your patience,” the COD message reads.

“If you are presented with this prompt, please do NOT select any option and hard close your application.

“We’ll provide another update when we have more information. Thank you again for your patience.”

It appears that Infinity Ward may be forced to either roll back today’s update or launch a new hotfix to solve the current issues.

One user writes on today’s problems: “I downloaded the 16.64g then went to go back to the game after it downloaded and it keeps saying that it can’t access the online service.”

Another adds: “When I try starting the game it tells me I don’t have the special ops DLC, then it downloads it, and when it’s finished and I try to start the game, it tells me the same thing and starts the download AGAIN.”

After today’s problems are fixed, COD gamers will be able to start the process of unlocking the new Crossbow weapon, as well as enjoy five new loadout slots.