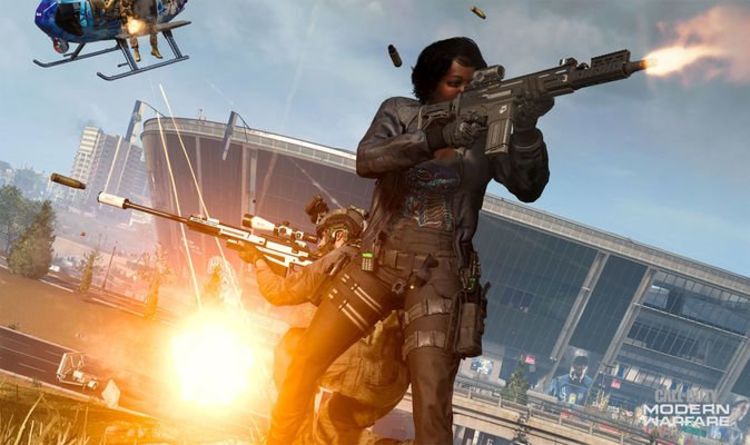 Season 4 is winding down this week and we will soon see the release of Call of Duty Modern Warfare Season 5 across PS4, Xbox One and PC. Activision have been slowly teasing big changes to COD Warzone, which is expected to include a new train crossing the map. And with the Call of Duty Season 5 release date expected to fall on Wednesday, August 5, 2020, this week will likely see the final Season 4 update.

Modern Warfare patches come regularly, and a new weekly update is expected to land this week.

Based on it being so close to a new Season and Battle Pass launching, this week’s Call of Duty Warzone could be relatively small.

Developers Infinity Ward could choose to launch some much-needed bug fixes, as well as refresh the current lineup of playlists.

So there could still be some interesting changes made even a week before Warzone Season 5 kicks off.

Based on prior releases, we would expect the next Call of Duty Modern Warfare update to release on Tuesday, July 28, or 24-hours later.

This means that one of the final patches for Warzone Season 4 could be available to download at around 6pm BST, on July 28.

The source of the new information regarding Call of Duty Season 5 is streamer NICKMERCS, who revealed some of the first footage for the upcoming update.

The short clip also featured a train horn, which strongly suggests that those realigned tracks will be put through their paces soon.

A loot train hurtling across the Verdansk map would help spice things up, but that might not be the most significant change coming to the game.

More footage from COD Warzone shared by Twitch streamer Tyler’ TeePee’ Polchow this week includes a new map reveal. The footage, which appears to be staged within the Verdansk football stadium, includes a vast explosion going off.

And if the hints prove to be correct, this could mean that the Stadium is about to change in some big ways. Depending on what caused the explosion, the area surrounding the Stadium could become a new hazard zone.

Another theory is that the Stadium will be opened up by the explosion, which will leave different ways to enter the new area.

If both a new train and the stadium go live the same week, it will make for a great way to start Modern Warfare Season 5.

Another change being planned for Call of Duty Warzone is that more players will be getting banned from the game in the coming weeks.

Emily Selleck Power couple Justin Bieber and Hailey Baldwin looked so loved-up when they stepped out for a casual breakfast date, just days after their...
Read more

Your phone will need to have the Android Marshmallow operating system, or at least the Apple iOS 13.5. Latest models of Huawei smartphones - launched...
Read more

"Adam is style, and that’s not to say he’s not content as well. He’s a born rock star and frontman, so it’s a very...
Read more