Call of Duty Warzone UPDATE: The COD news fans have been waiting for REVEALED 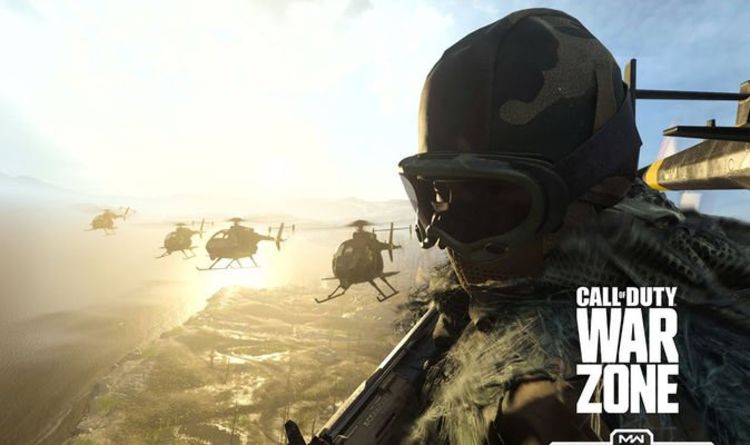 Call of Duty Warzone is proving to be a huge success for Activision.

Despite launching as a standalone free download just a few months ago, Warzone has already topped over 60 million players.

“Over 60 million #Warzone players,” an Activision tweet reads. “Thank you for dropping in with us.”

The game is so popular that Activision has posted a news update that all fans will want to hear.

Instead of ditching the game when the next Call of Duty release comes out, Activision will stick with Warzone.

In a recent interview with GamerGen, Activision’s Taylor Kurosaki suggested that Warzone will come to PS5 and Xbox Series X.

It begins with a Call of Duty Modern Warfare and Warzone double XP event, which runs from now until May 8.

The double XP event is running to make up for Call of Duty server issues that plagued the game over the weekend.

“As a token of our appreciation for your patience while we worked on a few bugs over the weekend, we’ve turned on 2XP, 2X Weapon XP, and 2X Tiers, live now until Friday, May 8th!” Activision explains.

Activision and Infinity Ward have also posted an eSports schedule for the current week.

In a new post on the Call of Duty blog, the Warzone developer told fans to expect special guests in the battle between the Seattle Surge and the LA Guerrillas.

“The Call of Duty League pros of the Minnesota RØKKR and Dallas Empire took Verdansk by storm during the Warstream last week joined by a few celebrity faces in a match to see who could rack up the most eliminations during their streams,” reads an Activision post.

“The RØKKR pros – Alexx and TTiny – alongside a few celebs put forth a good effort, but ultimately couldn’t compete with the Dallas Empire pros – iLLeY and Shotzzy – who won the match up with the help of CDL Caster Nameless and special guests.

“This week the Seattle Surge and the LA Guerrillas will duke it out in Warzone to see who can get the most eliminations.

“Both teams will be joined by more special guests and fight to get the most eliminations to come out on top and potentially beat the Dallas Empire’s reigning high score of 129 eliminations.”