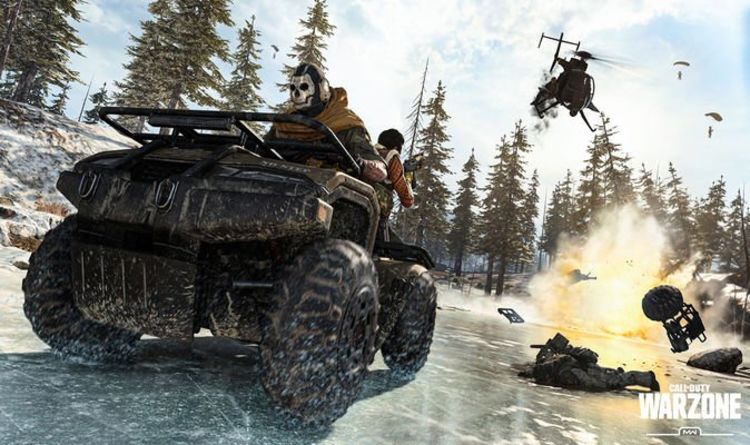 Call of Duty Warzone fans will be happy with the latest Infinity Ward update.

Fans have been unhappy with Infinity Ward’s tinkering during the latest season of Warzone.

Fortunately, the next Warzone update is bringing back a popular mode that probably shouldn’t have been removed to begin with.

After replacing Trios with a Scopes and Scatter Guns variant earlier this week, Infinity Ward has announced plans to bring the regular Trios mode back overnight.

“We hear you loud and clear!” reads an Infinity Ward tweet. “We’ll be doing a playlist update tomorrow night, Thursday, April 16th at 11PM PST that brings BR Trios back to #Warzone.”

Because of the time difference, Trios will return to Warzone at 7am UK time on April 17.

It’s unclear if Scopes and Scatter Guns will remain in Warzone, although it seems unlikely that it will be removed so soon.

“Season Three is now live and with it even more content available free for all players!” reads a recent Activision post.

“In Multiplayer, experience the Season’s newest maps in the Season Three Moshpit and hold the objective in Drop Zone.

“Free-to-Play Warzone will continue Quads for Battle Royale and Plunder and add a new mode – Scopes and Scatter Guns for Trios. Plus, ready up for a weekend of Double XP and Double Weapon XP for all!”

The Scopes and Scatter Guns mode makes it possible to only use snipers and shotguns to win.

As Activision points out, players will need to re-think their strategy when playing Scopes and Scatter Guns.

“A new mode is available for Warzone that limits the weapons to snipers and shotguns and changes up the strategies required to win – Scopes and Scatter Guns Trios,” the post continues.

“Grab your merry band of three in this twist on Battle Royale that brings you into new ranges of play.

“Will you get up close and pack a devasting punch with a shotgun? Or decide to deal death at distance with a sniper? Make your choice or do a mix of both, just try to outlast the enemy and the collapse in this Battle Royale variant to claim victory.”

The new game mode joins Warzone just a week after the start of Season 3.