Camping & caravan holidays: Beat the booking boom with this move – but is it worth it? 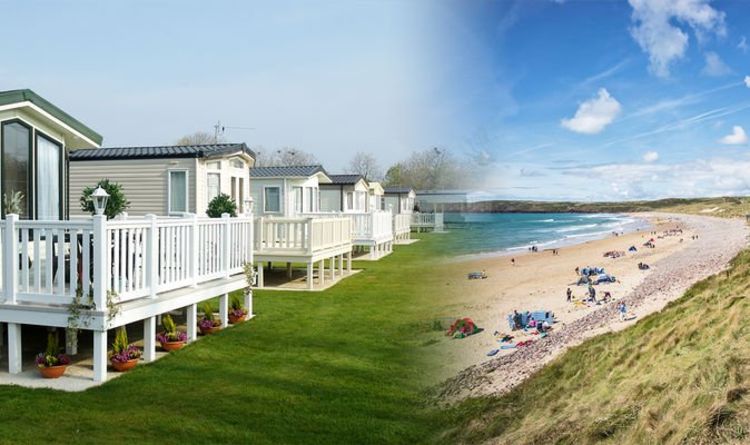 However, along with the perks, the £54 annual membership also includes one partner and children under the age of 18 free of charge.

Additional family members can be added to a membership package for £8 per person.

The travel expert pointed out the huge variety of sites available for members.

“Those are everything from big busy parks with lots of entertainment down to just farmer’s fields where you’re just going to have a water tap and some waste facilities,” she said.

She added that some pitches can even be reserved from just £5 a night with the discount.

“Actually it is an amazing place to go for camping,” she said.

For those in England, Wales and Scotland who do not want to fly or ferry over to Ireland, she also noted the North East of England as another hidden gem.

“Also on that list of places that are going to be quieter and more socially distant is the North East,” said Minot.

“That for me has some of the best features in the UK.”

With temperatures expected to soar over the weekend, Britons are likely to flock to coastal regions, which has caused some concern for locals.

Vicky White, from Newyln, spoke to BBC News following a surge in tourism to Cornwall.

“It makes me very uneasy to go out with my two young kids,” she said

“The pavements have been bustling.

“It is sad for residents to not be able to enjoy where they live.”

However, officials in many tourist hotspots have said they are equipped to deal with the influx of tourism and are ensuring social distancing measures are in place.

Visit Cornwall has assured tourists will be safe and welcome.

In a statement on its website the tourist body explained: “Although Cornwall will be as wonderful as ever, you’ll notice some changes. This means that you’ll need to book your accommodation before you travel, similarly, all of our leading attractions have introduced advance, pre-booked tickets, and most restaurants and eateries will require a reservation.”

It adds: “Please keep to the guidelines, especially those on social distancing and hand washing while having patience and respect for each other.

“For everyone’s protection, tourism businesses have applied higher standards of cleaning and changed their procedures to comply with the new Government advice.

“And, if a beauty spot, beach or town is too busy, why not simply go and discover a new favourite place and explore our hidden gems? “

Welcome to the T List, a newsletter from the editors of T Magazine. Each week, we’re sharing things we’re eating, wearing, listening to or...
Read more
Travel