Can Fashion Photography Survive the Pandemic? 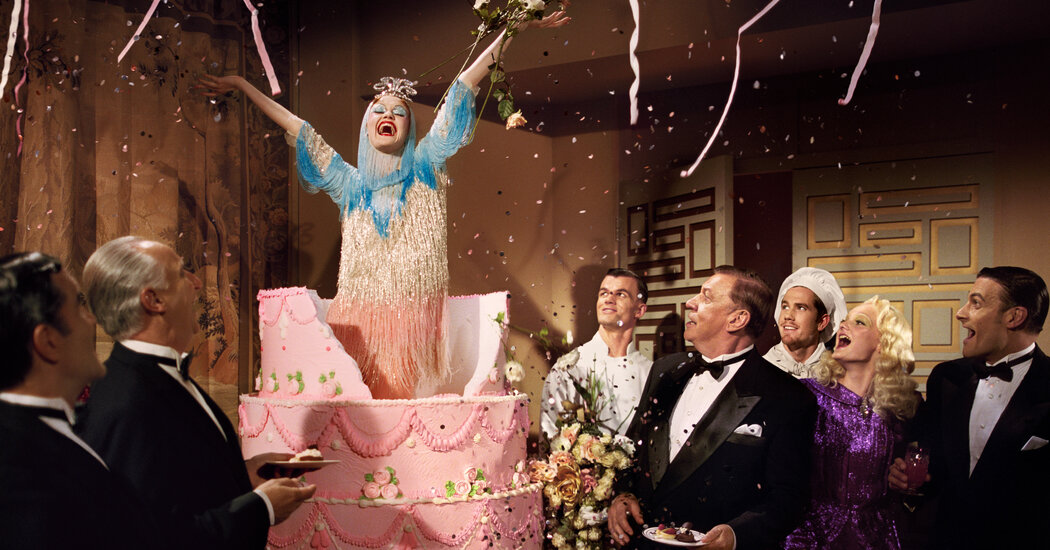 In the 1930s and ‘40s, when the photographer Louise Dahl-Wolfe took models out of the studio and onto location — shooting them poolside for Harper’s Bazaar, say — she was making pictures about freedom, about women’s changing role in society, about travel and leisure culture.

In 1975, when Helmut Newton took his famous image of the model Vibeke Knudsen in Yves Saint Laurent’s Le Smoking tuxedo, flanked by a nude female companion, he was capturing new ideas of sexuality and gender, lust and power.

And today, when Collier Schorr focuses her lens on androgynous models for fashion houses and magazines, she is conveying a softer, contemporary way of thinking about self-expression, fantasy and desire.

A fashion image is never just about clothes. For the last century, fashion photographers have celebrated the work of great designers while making nods, sometimes subtle, sometimes goading and explicit, to wider societal moods and shifts in politics and identity.

Though few can afford the clothes, millions consume the pictures. Indeed, numerous photographers — Irving Penn, Henri Cartier-Bresson and Diane Arbus among them — did some of their greatest work on assignment for magazines.

But now the fashion world is in crisis: It is producing too much, moving too fast, and, with worrying frequency, offending consumers due to an inability to pivot convincingly from a position that champions a censoriously narrow vision of beauty. Brands are closing, and magazines are folding or becoming fully digital.

Can the fashion photograph, of the sort that has littered bedroom walls and been reposted again and again on Instagram or Tumblr, survive?

Probably not as we know it. That’s not necessarily a bad thing.

The End of the Dream

Even before the pandemic, conditions had grown tricky for the production of great fashion imagery. Budgets were being slashed. A shoot that in the past would have lasted two weeks was allocated two days, and photographers routinely tasked not just with producing an advertising campaign or editorial spread, but with creating social media and behind-the-scenes content as well.

The nail in the coffin for a certain moment of image-making seemed to come in 2018, when some of the handful of names who scooped up all the big campaigns, including Mario Testino and Bruce Weber, were accused of sexual harassment and assault.

Now COVID-19 has led to an “acceleration of what was going on before the pandemic,” said Sølve Sundsbø, the Norwegian photographer whose work has appeared in Love magazine and international editions of Vogue. Namely that even established magazines expect photographers to contribute editorial work for free.

Subtler mood shifts are shaping images as well. “You look at Black Lives Matter, you look at the pandemic, you look at the incredible difference between rich and poor, and then you look at fashion,” Mr. Sundsbø said. “You do have moments where you think: I don’t want to be a part of this system.”

He believes such guilt has led to vaguely apologetic imagery, including the vogue over the last decade for deliberately unfussy, documentary-style fashion photography: images shot in daylight, with models posed as if just plucked from the street. “You try to normalize a five grand dress and $ 350,000 necklaces by putting them in a context that seems a little bit more normal,” Mr. Sundsbø said.

Indeed, already much of the fashion content that has come out of the pandemic has seemed to oscillate between shame and denial.

Tim Walker, famous for fantastical, often surreal images — a girl in a ball gown in a field, surrounded by paper birds; a model on the edge of a landing U.F.O. — said that he currently felt “uncomfortable making fashion pictures, in the traditional sense.”

His fashion work is on pause, he said, adding that even before the pandemic, budgets for shoots had shrunk by about eight times, as brands and publications tried to churn out more and more content. Everything was rushed.

“What you’re left with are magazines that are full, 90 percent, with commercial, relentless, accelerated photography,” said Mr. Walker. “It just doesn’t resonate or mean anything.”

Glen Luchford, who recently shot campaigns for Gucci and Rag & Bone, and whose 1990s campaigns for Prada are beloved by the art world, agreed. He recalled looking around the set at Gucci — the rare client with a big photography budget — and saying to his crew: “This is the last hurrah. This is the end. There is not going to be another period where we get to take over Universal Studios and build these massive sound stages and do these incredible things.

“I’m not even sure that quality is required anymore,” he continued. “Those kids out there, looking at TikTok, are way more interested in someone appearing in 10 or 20 seconds and doing something really interesting on their telephone than in something that is really beautifully lit.”

As forums to view, create and consume imagery have proliferated, Mr. Luchford said, the days when drama, elegance and craft were the most important elements in a picture have disappeared. There’s something counterintuitive about representing perfectionism and elitism in a moment where inclusivity, honesty and vulnerability are prized, and the requirement of creative work is increasingly to be a carrier for modern, if vague, notions of authenticity, individuality and empowerment.

The photographer Shaniqwa Jarvis, who has worked with Supreme and Fear of God, has observed a similar shift. “Everyone is so focused on tone and messaging right now,” she said. “That’s a really big thing. If your art’s not political, what are you saying, what are you doing?”

That has caused some, like Mr. Luchford, to think afresh about what they can contribute. “Why keep churning out a picture of a girl in a dress?” he asked. “I’m not sure if my snooty white middle-class images work anymore. I’m not sure if I’m out of touch.”

By contrast, despite having been in the industry for over 20 years, Ms. Jarvis has suddenly been inundated with calls. “I think I’ve benefited from all the white guilt,” she said. “People just want to fill the project with a Black or brown face” — even if the work does not match the idea. Yet, she said, “As image-makers, we do have a responsibility to comment on these times.”

Even if that’s in a magazine. Because, despite all the issues, a cover is “still regarded as one of the most important platforms in which a fashion photograph can make a statement,” Antwaun Sargent wrote in the book The New Black Vanguard, which chronicles the rise of image-makers of color, including the buzzy Tyler Mitchell, whose break came at age 23 in 2018, when he photographed Beyoncé for Vogue.

In doing so, Mr. Mitchell became the first Black photographer ever to shoot the magazine’s cover, a job that broke with the rigid power structures of fashion tradition, yet simultaneously reinforced them by casting Vogue as kingmaker.

Quil Lemons, 23, is another rising star. He recently photographed Spike Lee, staring down the camera in the center of a New York street, for the cover of Variety. Like Miss Jarvis, Mr. Lemons expressed frustration with feeling he was just on “the list of Black people they now need to hire.”

And yet, he said, he felt that magazines were inescapable. Social media is helpful in demanding recognition, and calling out inequalities, but in popular consciousness, a magazines signals credibility and context that will take years to change.

“It’s an entry point for so many people,” he said.

Still, Mr. Lemons believes his generation is carving out a new kind of fashion image. In 2017, he made a series called Glitterboy, featuring unfussy portraits of young Black men against pink backdrops, their faces covered in glitter; the pictures were published by i-D.

For Vogue, Mr. Lemons has shot his family, including his young sisters, in apartments and gardens near where he grew up in South Philadelphia. The budgets he’s working with may be smaller than in the past, and the opportunities for outlandish demands clipped, but beauty will prevail, he said.

When Mr. Lemons looks at the canon of fashion photography widely mourned as the last of a great era — images like Richard Avedon’s 1955 “Dovima with Elephants,” featuring a model in a Dior gown, arms outstretched to caress the trunks of two chained circus elephants (now one of the most expensive fashion images sold at auction) — Mr. Lemons does not see himself, or his viewpoint.

He doesn’t see it in shots of wide-eyed models abroad, the camera caressing the contrast between their whiteness and the exoticism of the surroundings. Nor in images of models posed with people of color like props, or plopped into incongruous, flamboyant locations. He sees it in something else.

“Why can’t the everyday Black person be your fantasy?” he said. “A fantasy is anything you dream of, and I don’t dream of white women running through the Sahara.”