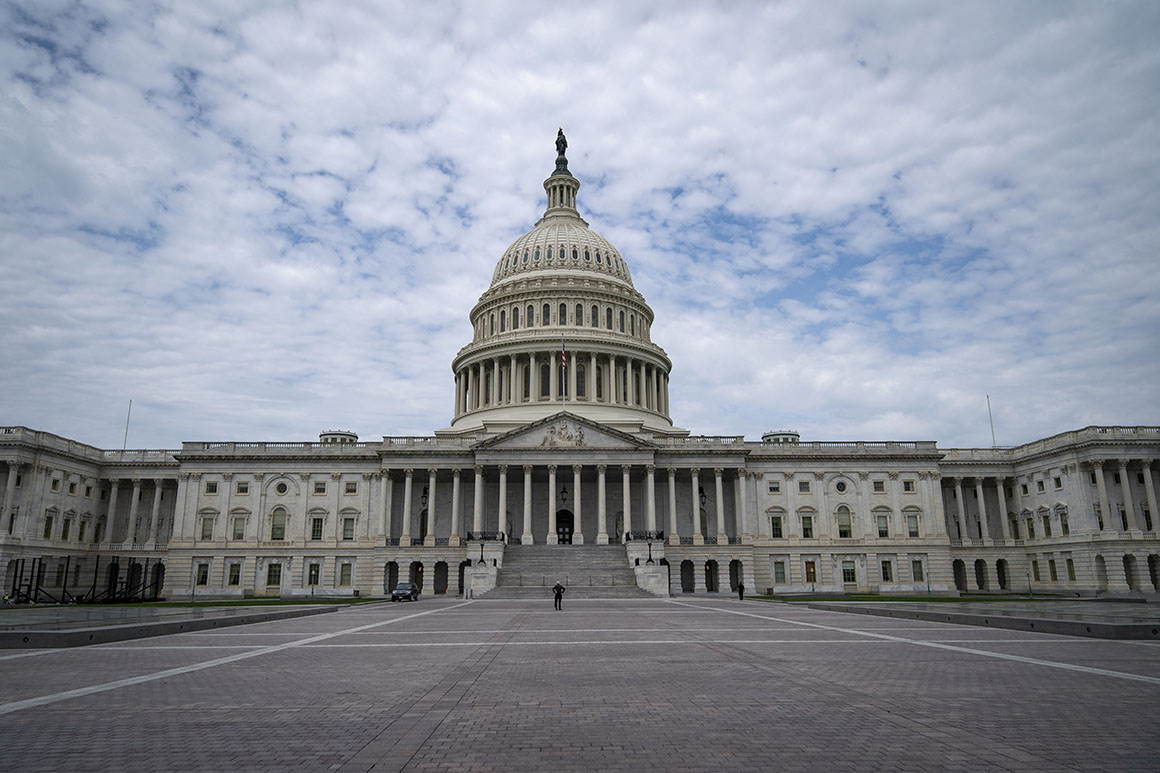 The Capitol’s attending physician said Thursday that coronavirus tests will be available for staffers and senators who are ill, but not enough to proactively test all 100 senators as the chamber comes back in session, according to two people familiar with the matter.

In a conference call with top GOP officials, Dr. Brian Monahan said there is not sufficient capacity to quickly test senators for coronavirus — a contrast with the White House, where any people meeting with President Donald Trump and Vice President Mike Pence are tested for the disease. Monahan said test results in the Senate will take two or more days, while the White House has rapid testing.

The Senate is scheduled to reconvene on Monday after more than a month away, bringing as many as 100 senators from across the country. Roughly half the senators are 65 or older and at increased risk for the coronavirus, according to the Centers for Disease Control and Prevention.

Senate Majority Leader Mitch McConnell (R-Ky.) has repeatedly vowed that the Senate can operate safely amid the pandemic with proper social distancing and masks. Though House Democrats originally planned to come back next week, they decided against returning after consulting with Monahan. On Thursday, he did not address whether he thought it was safe for the Senate to return, one of the people familiar with the call said.

The Office of Attending Physician also sent out guidance late Thursday afternoon for committee meetings. The guidance recommends that senators and other attendees use a face covering and avoid getting out of their seats for the duration of the meeting. In addition, senators are advised to either attend meetings on their own or with at most one staffer per lawmaker.

Democrats have repeatedly raised concerns about the safety of Capitol employees next week and several have pressed McConnell for a plan.

“I have not yet seen, personally … a safety plan to protect those people who have to come back to the Capitol in order for us to do anything. Nor a plan to make sure that we are not spreading the virus ourselves or to the employees,” said Sen. Patty Murray of Washington, the No. 3 Senate Democrat, on Wednesday.

Some Democrats also have indicated they might not return next week if the Senate is not taking up coronavirus relief legislation or doing oversight on the aid effort. McConnell is focused on confirming judicial and executive nominees in the coming days.

"I don’t begrudge a senator expressing their personal concerns, but that shouldn’t mean that the entire Senate ceases to function,” said Sen. John Cornyn (R-Texas) on Thursday. “We’re going to try really very hard to make sure everybody is safe. And not exposed.”

Top Senate officials are already sketching out how the Senate will operate next week. Monahan, McConnell chief of staff Sharon Soderstrom and Rules Committee staff director Fitzhugh Elder briefed Republican chiefs of staff about the Senate’s return on Thursday.

The officials encouraged staff to telework as much as possible, and told Senate offices to screen staffers who have to come to the Hill. Senators and aides are being asked to wear masks at all times, unless a senator is giving a speech.

Staffers were also informed that office buildings have been disinfected and sanitizer and masks will be distributed. The number of senators on the floor during votes will be limited. Hearings will take place only in large committee rooms where senators and staff can be appropriately spaced out.

Republicans will hold their party lunches in a cavernous room in the Hart Office Building, allowing three senators per table to promote social distance. Democrats say they will conduct all their party business by conference call.