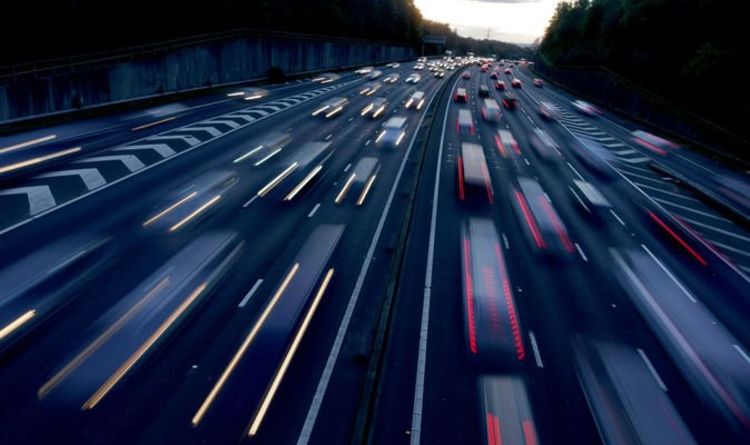 The news follows transport secretary Grant Shapps calling a halt on the £6billion rollout of the experimental road schemes – with a view to scrapping them all altogether if they are proved to be dangerous.

Mr Shapps revealed that four stretches of motorway currently being converted – where the hard shoulder is used as a regular lane – will not be opening until a safety review is complete.

The roads are built with emergency refuge areas, although these can be two-and-a-half miles apart.

Cars that cannot reach the safe zones are stranded in the path of fast-moving traffic.

Figures show that 38 drivers have been killed on smart motorways in five years – nine in the last year.

A Freedom of Information (FoI) request revealed that on one section of the M25, outside London, the number of near misses had risen 20-fold since the hard shoulder was removed in April 2014.

In the five years before the road was converted into a smart motorway there were 72 near misses. In the next five years it was 1,485.

Critics have now poured further scorn on the controversial schemes after it was revealed that courses run for Highways England are still extolling the benefits of the flawed road systems to motorists caught committing an offence on the network, despite mounting evidence they are unsafe.

The National Motorway Aware-ness Courses, which typically cost motorists £100, are said to be aimed at “making smart motorways safer and more efficient for the people that use them”.

The courses, held across the country, focus on improving the knowledge of the meaning of smart motorway signs, understanding how to use the emergency areas safely and why variable speed limits and lane closures are imposed. But critics have called them misguided and a waste of money.

Police Federation chairman John Apter has called smart motorways death traps – and said he was “gobsmacked” at the Government’s decision to roll them out.

Matt Kilcoyne, deputy director of the Adam Smith Institute, a leading independent think-tank, said: “It’s becoming clear after criticism from right across the board that smart motorways are not managing demand and supply well. But this system which has cost hundreds of millions of pounds to roll out, also comes with an added cost of tragic and avoidable deaths.

“Let’s stop wasting money on courses to sell this policy, and walk away from this system that’s broken down.”

Ministers, road safety groups and transport watchdogs have all questioned the safety of the smart motorways.

The AA is so concerned that it has now instructed its recovery crews not to stop at breakdowns on the controversial motorways as they are seen to be too dangerous.

RAC head of roads policy Nicholas Lyes said: “RAC research suggests that more than two-thirds of drivers believe that permanently removing the hard shoulder compromises safety in the event of a breakdown.”

Highways England said it could not comment on the content of courses delivered on its behalf but a spokeswoman added: “The transport secretary has asked the Department for Transport to carry out, at pace, an evidence stocktake to gather the facts about smart motorway safety.

“We are committed to safety and are supporting the department in its work on this.”