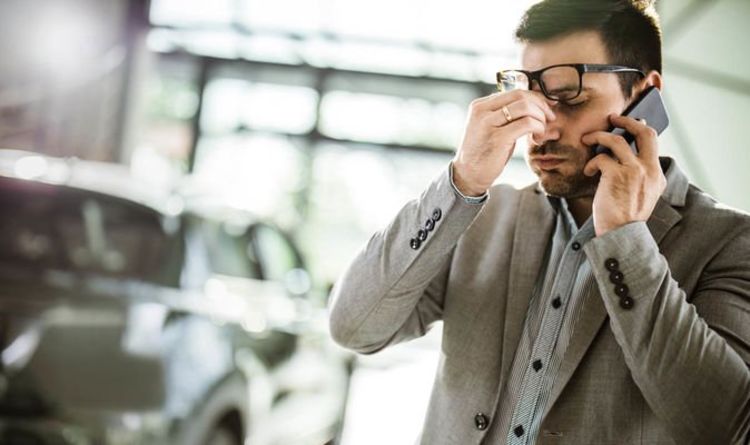 Howard Mellish is over the moon with the £470 outcome that Crusader helped navigate, although he will probably steer clear of any offers of a vehicle upgrade in future.

++ If you’ve been affected by this issue or feel you’ve been a victim of injustice, please contact consumer and small business champion Maisha Frost on maisha.frost@express.co.uk ++;

It was the complications that ensued from this that led to weeks of worry for him following a family holiday in Australia in February.

The Mitsubishi he pre-booked booked with with Budget cost close to £700.

When the group touched down in Melbourne after their long haul flight from the UK, they went to the rental desk. Howard remembers: “The lady said an upgrade was possible if we liked that it would cost 60 Australian dollars (£32). I agreed and away we went.”

But when they returned and he had signed the paperwork, he said: “I was told I would have to pay £670 on top of the original cost.”

“I asked why and she said it was for the upgrade plus 60 dollars a day insurance. Had that been the original offer I would have definitely declined.

“We had never needed the extra room as we had sent all our luggage ahead by train, which is why I chose a compact car in the first place. The upgraded one only gave us two more seats as well so for the extra cost wouldn’t have been worth it, had I realised the true charge.”

Shocked at the extra cost Howard asked the desk staff to look into it. “The lady agreed, and we dashed to catch the flight,” he explains.

Two days after getting home, however, the extra sum had been deducted from his credit card.

Howard complained, Budget said it would investigate and said he would hear in 10 to 15 days’ time. When he didn’t, he asked Crusader for help.

The upgrade transaction had been based on a verbal exchange. But given the situation when he had agreed the hire, there was a logic too about what Howard had understood plus he had not had the response he was promised.

But given the situation when he agreed the hire and his reasoning, there was a logic too about Howard’s actions. It seemed most unlikely he had tried to get a bigger car scot free and he had not had the response he had been promised.

Th family had had the benefit too of the bigger vehicle during their stay.

Once all the factors were taken into account, this looked like a bad case of miscommunication and harsh if Howard had to bear the full brunt of that, we explained to Budget.

It then came back with a very fair resolution.

It accepts Howard was not clear about the associated costs, that the upgrade was based on a conversation and it has refunded that charge plus a 50 per cent discount on the extras he signed for when returning the car.

Budget added: “We would always recommend customers query any information they are not 100 per cent certain with on agreement.”

KEY THINGS TO REMEMBER WHEN YOU PICK UP YOUR RENTAL VEHICLE

Before picking up a rental car, get primed, don’t just focus getting on hitting the road as soon as you can. Be on guard if you come off a long haul flight, it is easiest of all to slip up when you are tired. Be prepared to go over the contract, double check all the extras.

Beware spur of the moment offers such as an upgrade. Get the itemised costs in writing, and how they differ from your original agreement such as extra insurance and return conditions. Always check how these work – eg by the day or week. Sign what you have agreed to.