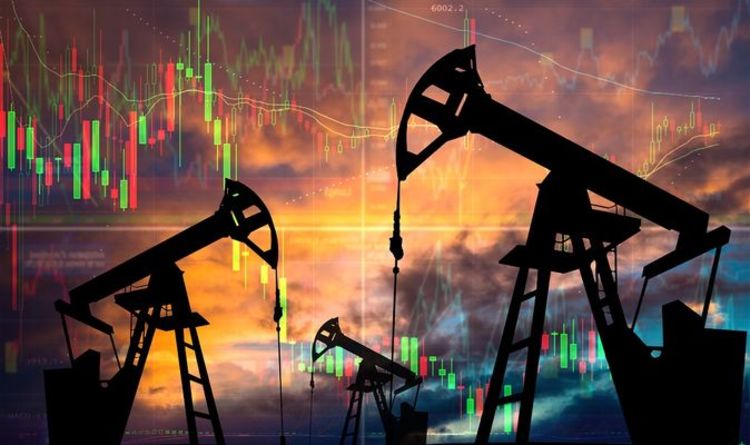 Oil majors BP Plc and Royal Dutch Shell fell by three percent and 2.5 percent respectively, with banking and mining stocks also contributing to a three percent drop for the index. Investors were anxious after US crude oil futures for delivery in May fell for the first time yesterday to as much as negative $ 40 a barrel, with plummeting oil demand since the start of the pandemic putting the squeeze on storage facilities. Concerns were today fuelled still further by dramatic drops in both Brent and US crude oil futures expiring in June.

In New York, the Dow Jones Average fell as low as 22,944.08 in the middle of the day, before rallying somewhat.

Chris Beauchamp, chief market analyst at IG, a UK-based company trading in financial derivatives, said: “Oil’s rout continues to command all the attention in global markets, as investors move on from the COVID-19 crisis to the complete breakdown of normality in one of the world economy’s most vital components.

“While the May contract is now banished to the history books, it looks like the June contract is going the same way, falling below $ 20 and then taking out $ 19 and $ 18 in short order for West Texas Intermediate (WTI), while Brent crude has met the same fate.”

Mr Beauchamp added: “We are witnessing markets finally play catch-up to the reality on the ground in the oil market – huge oversupply and non-existent demand have combined with nearly-full storage facilities to drive complete dislocation in the crude oil market.

“And this is being felt in stock markets too, which could not long remain indifferent to the chaos. But as risk appetite vanishes, the carnage has spread beyond oil stocks, hitting mining shares, banks and indeed almost every other sector on the FTSE 100.

“Having decided they could weather the coronavirus crisis, equities now have to reckon with an entirely different problem.”

“Even assuming lockdowns begin to ease next month, it seems unlikely that demand will recover instantly, promising a tough few months for the sector, if not more.”

Speaking to Express.co.uk, Yaw Yan Chong, director of Oil Research (Asia) at Refinitiv, a global provider of financial market data, added: “The US benchmark WTI May contract’s collapse into negative territory is a consequence of the US government’s refusal to regulate oil production and impose mandatory cuts, despite calls to do so during the G20 recent meeting that had led to historic cuts of 9.7 million bpd by the OPEC+ alliance.”

Mr Chong stressed the impact would be felt far and wide, explaining: “Such a drastic drop in prices is bad for the global economy as a whole and the loss to producers will exceed the gain to consumers, particularly for countries that are net exporters, such as the Middle East, the US and Russia, whose national budgets would be far above current price levels.

“For major consuming countries, such as China, India and the EU, among others, most have refineries that produce mainly diesel, gasoline for their respective domestic markets, with some being even exporters for refined products.”

He added: “While low crude prices are good for refiners, prices for refined products have also collapsed due to poor demand resulting from lockdowns all over the world, curbing air and land travel, as well as industrial and economic activity, so much so that margins for some refined products, such as jet fuel and gasoline are negative.

“The oil market is in such a severe state because the wider economy is disastrous levels.