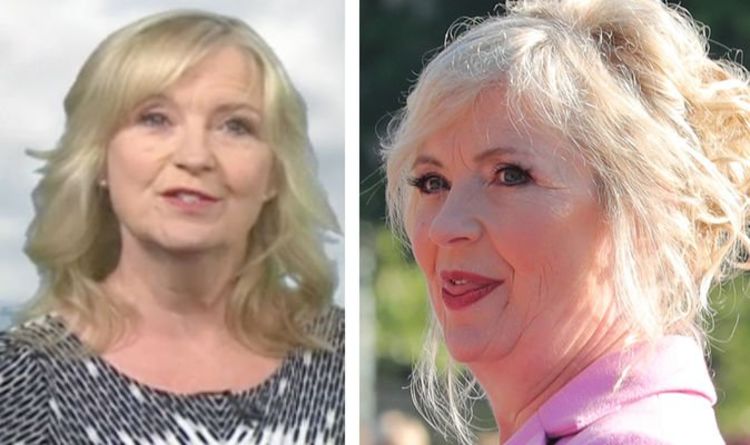 BBC Breakfast weather presenter Carol Kirkwood, 58, appeared on her former colleague Bill Turnbull’s, 64, new podcast Paws and Claws on Monday and they were over the moon to be reunited on-air together after four years. But as with all his guests, Carol soon moved on to tell the tragic story of her own heartbreak.

Kicking off their session, Bill said: “If we had the budget, we’d introduce some sad violin strings in the background to mark a tragic moment.

“You did mention that you have two cats but one of them – Angus – is no longer with us,” he said before he asked her to tell the upsetting tale.

Carol, a self-confessed cat lover, began to relive those heart-wrenching moments when she realised something was wrong after her beloved cat didn’t run out to greet her like he usually did.

“We looked everywhere for him, we called him and nothing,” she said.

She recalled they were heading to a birthday party that night but she was “loathed to go” because she was so worried about her pet.

“When we came back it was around midnight and I was out on the street with my other half shouting for him but there was no sign of him,” she said.

Carol revealed that she started to fear the worst; that he had been hit by a car as they searched the roads near her house, but alas Angus was never found.

“He never came back,” she said sadly.

“Thank you Billy that’s very kind of you!”

Earlier in the show as the pair re-connected on the airwaves, they reminisced about their first time working together.

Bill revealed they met while working on News 24 back in 1998, and remembered Carol used to blow kisses at him while he was trying to read the news.

Emily Selleck Jonah Hill is practically unrecognizable after his 40-pound weight loss. The funnyman put his slimmed-down figure on display as he rocked a light...
Read more
Celebrity

Erin Silvia Lea Michele took a stroll with her husband Zandy Reich while sporting a pink top and leggings a month after giving birth to...
Read more

"I felt great trepidation as I dared to ask her whether she saw any conflict in her healthy-eating message while also promoting cake on...
Read more