Carol Kirkwood on why she was 'loathed' to go to Michael Fish's party: 'Sad not knowing' 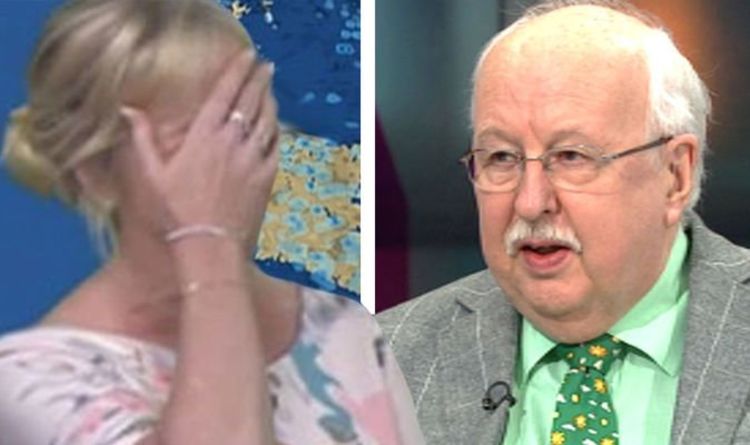 Carol Kirkwood, 58, revealed she felt “loathed to go” to her fellow weather presenter Michael Fish’s birthday party one year and the tale as to why is rather tragic. The reluctancy stemmed from trauma, as the BBC star confessed she had been having a tough day.

Appearing on Bill Turnbull’s new podcast Paws and Claws, self-confessed cat lover Carol, explained that the day she was due to celebrate her friend’s birthday was the same day her beloved cat went missing.

She told listeners the upsetting story of how Angus left and never came back.

“We looked everywhere for him, we called him and nothing,” she said, after revealing she realised something was wrong after he didn’t run out to greet her like he usually did.

“We were going to Michael Fish’s birthday party that night but I was loathed to go because there was no sign of Angus,” she admitted.

“When we came back, it was around midnight and I was out on the street with my other half shouting for him but there was no sign of him.”

Carol revealed that she started to fear the worst; that he had been hit by a car as they searched the roads near her house, but alas Angus was never found.

“He never came back,” she said sadly.

Bill knew it was going to be a sad tale and told Carol he would have prepared some sad violin music.

“Thank you Billy that’s very kind of you!”

As the pair continued to chat about their love for pets, Bill mused: “It’s a bit of a cruelty we place on pets sometimes that we leave them in solitary confinement pretty much, for large portions of their life.”

Carol replied: “Yes, that’s a good point. When Donald and Angus moved in with us, it was like the M25. Because they would zoom right past you and zoom in the other direction.

{authortext} Back in February, the star came out as gay during an emotional appearance on This Morning. Since the admission, Phillip has continued to...
Read more
Celebrity

bshilliday {authortext} Father Time has been as kind to Gavin Rossdale as it has to his ex Gwen Stefani. The 54-year-old singer looked super sexy shirtless,...
Read more
Celebrity

Eamonn Holmes, 60, and Ruth Langsford, 60, have been firm fixtures on This Morning since 2006. The presenting duo often front the ITV show...
Read more
Celebrity