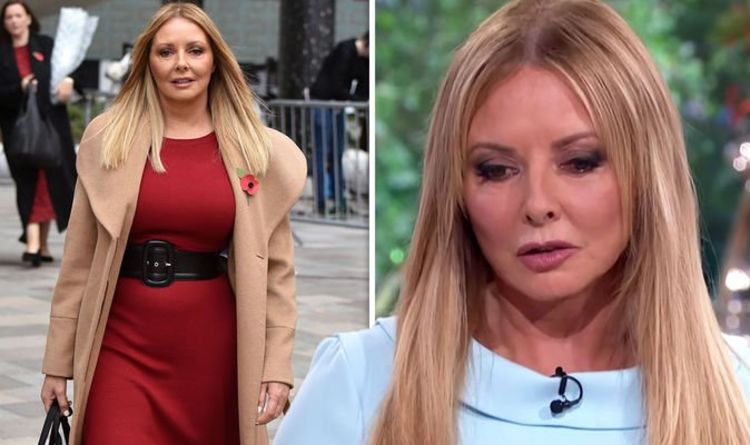 The TV personality began by quizzing her listeners: “What kind of pizza do you like best? What’s your pizza tip? Do you eat it with your hands? Or knife and fork?”

Carol then hesitated and sheepishly admitted: “I really shouldn’t be telling this story,” as she cheekily giggled.

In spite of her concerns about the story, she continued, while mimicking her son’s voice: “He came home after being with his dad one weekend and he went, ‘Mum, dad said I have to eat my pizza with a knife and fork’.”

Carol went on to mischievously divulge: “It’s no wonder we got divorced, I’m telling you!”