Carol Vorderman: ‘I felt the love from Barry White’ Countdown legend on moment with singer 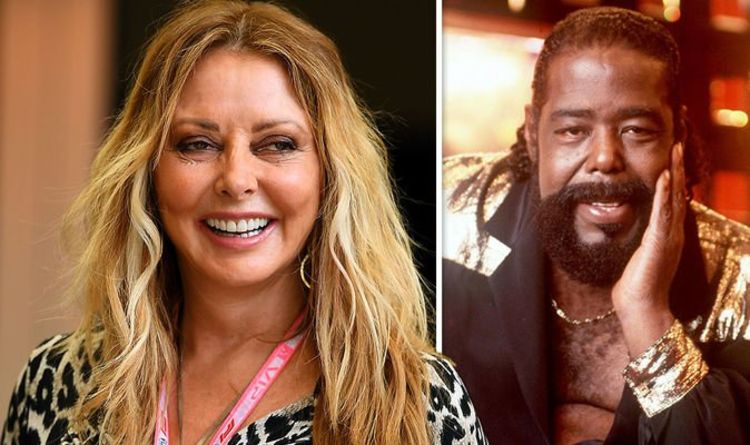 Carol Vorderman, 59, was joined by her co-star, Owain Wyn Evans, on BBC Radio Wales today and after playing Let The Music Play by Barry White, the radio host spilled on a special moment with the late singer. Carol encouraged Owain to do his best impression of the star, nicknamed the Walrus of Love.

After his failed attempt, the former Countdown star went on to recall a story when she once met him during a recording of one of her shows.

“I did a big show with him once back in the day, I used to have a show a bit like This Is Your Life called Stars In Their Lives,” she said.

“We would have the star but they wouldn’t know who else would be on so they were there very happily, it was wonderful.”

“I felt the love from Barry White,” Carol proudly recalled.

On Christmas Eve, Carol celebrated turning 59-years-old and was inundated with messages from fans and friends on Twitter.

Samantha Quek, who appeared on I’m A Celebrity… Get Me Out Of Here! with Carol back in 2016, tweeted: “My birthday advise would be…

Carol also shared a photo of herself at work at BBC Radio Wales, where she stunned in an all-black ensemble.

She wrote: “This morning on @bbcradiowales …..THANK YOU ten thousand times for all your lovely messages….they mean a lot to every Xmas time baby….. HAPPY BIRTHDAY to all Xmas babies…

ByJohnni Macke Puppy love! Reese Witherspoon is the ultimate dog lover and she wants everyone to know it.Whether she’s posing with dogs on set —...
Read more