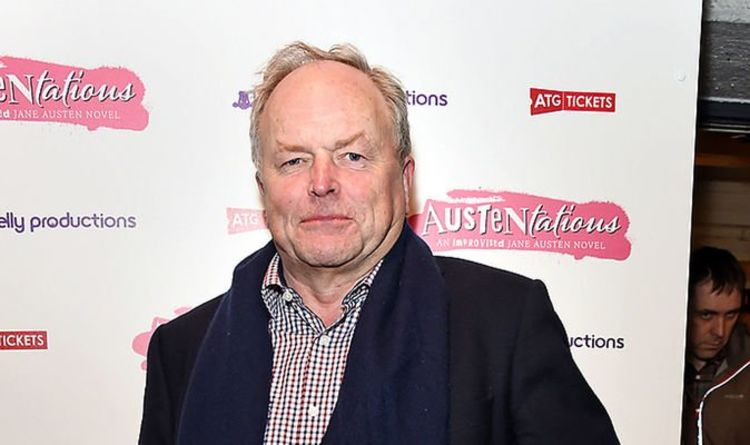 The Crown Prosecution Service has been criticised for pursuing a case of alleged domestic abuse against her.

The fragile 40-year-old Love Island star was due back in court this month accused of assaulting boyfriend Lewis Burton in December, but was found dead in her London flat.

Caroline’s bail conditions stopped her having contact with Burton – something that former criminal law barrister Anderson has questioned.

The CPS is reviewing its handling of the case.

“It’s a very complicated story and a great sadness and a great tragedy,” says Anderson. “Whatever the rights or wrongs of what went on between her and her boyfriend, it seems it was something they wanted to put behind them.

“You can follow the logic of trying to deal with domestic violence nowadays, keeping witnesses apart and so forth.

Anderson, 67, who was called to the bar in 1976, believes Caroline could have bounced back to pick up her career even if she’d been convicted.

Anderson spent nearly 15 years practising as a barrister and in his spare time performing stand-up and writing scripts for, among others, Frankie Howerd and Peter Cook.

“I enjoyed law long enough for it to be part of me, and part of my life,” he says. “Then I got lucky in radio and television.”

He’s about to start a two-month tour of his sell-out Edinburgh Fringe show Me, Macbeth & I.

Anderson started broad-casting in the late 1980s, presenting Whose Line Is It Anyway?, first on BBC Radio 4 then Channel 4, the show winning a Bafta in 1991.

In recent years on television he has presented BBC’s The Big Read and Maestro! in addition to Clive Anderson’s Chat Room on Radio 2. He hosts Radio 4’s Unreliable Evidence, in which he discusses legal issues with major figures from the world of law.

“I don’t feel too ancient,” he says. “I take my inspiration from Nicholas Parsons. He was broadcasting to within weeks of his 96th birthday. On that basis I’ve got 25 years to go.”

● The Me, Macbeth and I tour (socomedy.co.uk) starts Friday