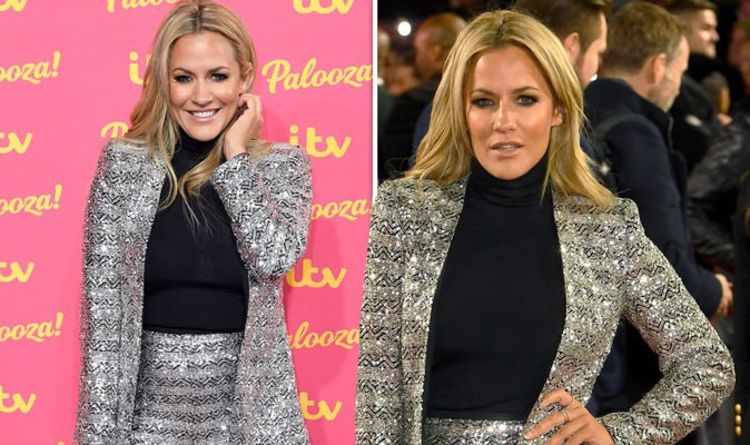 Former Love Island host Caroline Flack was found dead at her home on February 15, a day after learning the CPS were going to pursue charges against her, despite her boyfriend Lewis Burton, 27, withdrawing his complaint following an incident between the pair.

Within her final interview with Demand Entertainment back in November, the much-loved presenter was asked who her favourite Love Islander of all time is.

She replied: “You can’t judge relationships. They’re all different.”

The host also revealed how excited she was about Love Island’s first ­winter series, ahead of being temporarily axed from the show and replaced by Laura Whitmore.

She said: “I think everybody needs a little more love in the winter.

“Everyone needs a bit more warmth in the winter. And Love Island is the warmth we need.”

In the same interview, Caroline urged others to stop being judgemental as she discussed being single when she was in her late 30s.

Reflecting on her involvement in a documentary about womanhood with Kathy Burke, she added: “The whole show was ­brilliant because Kathy listened to the way people lived their lives and not once was she ­judgmental about it.

“She was like, ‘That’s the way you want to live and that’s fine’.

“And that’s the way it should be.

“It was really nice to chat to someone who understood.”

Caroline was found dead at her flat in London on February 15.

Her cause of death was confirmed as suicide by hanging, at the inquest in London.

Days after her death, her mum Christine released an unpublished statement her daughter had written back in January, days after her court appearance.

In the lengthy statement, Caroline Flack said she had been having “an emotional breakdown for quite some time”.

She wrote: “For a lot of people, being arrested for common assault is an extreme way to have some sort of spiritual awakening but for me it’s become the normal.

“I’ve been pressing the snooze button on many stresses in my life – for my whole life.

“I’ve accepted shame and toxic opinions on my life for over 10 years and yet told myself it’s all part of my job. No complaining.

“The problem with brushing things under the carpet is… they are still there and one day someone is going to lift that carpet up and all you are going to feel is shame and embarrassment.

Addressing her common assault charge, she went on to say: “Within 24 hours my whole world and future was swept from under my feet and all the walls that I had taken so long to build around me, collapsed.

“I am suddenly on a different kind of stage and everyone is watching it happen.