Carving his own legacy 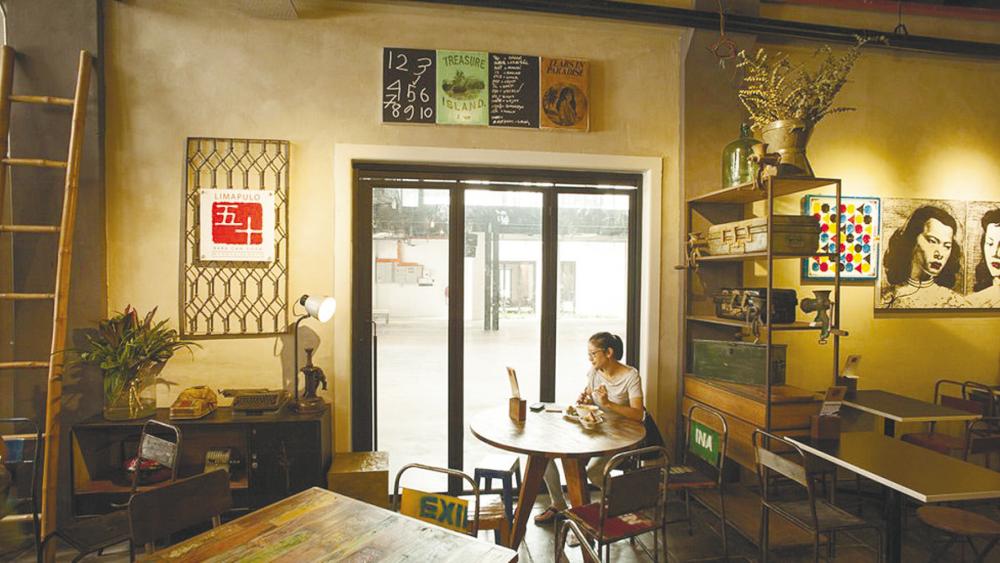 HAVING been a model, actor and now a restaurateur, Alan Yun has had a wealth of experience thoroughout his life, and it was never an easy journey.

Coming from a single parent family, Yun sought to make extra income at a very young age, such as catering over the weekend when he was 13 years old.

“I didn’t want to burden my mother. We were raised by her singlehandedly. I wanted to earn extra money to buy things that I liked. At a very young age, I wanted to be enterprising,” he says, pointing out that he shares a similar background with his wife, actress Emily Lim.

He was eventually scouted as a commercial talent.

It was not easy from the get-go. Yun would frequently go for castings just to try his luck, and says it was like trying to strike the lottery.

He further explains that the difficulty was compounded due to how agencies and the advertising industry often passed him over as he was a “Chinese guy without a Pan-Asian look”.

When he was finally called up to be a talent, his joy was short-lived, as it would turn out to be as a hand or leg talent.

“I still remember the first ad that you could see my face was when I was 16 or 17 years old. My agent called me up and told me I was selected for an ad.

“It turned out to be for a national firecracker ban campaign and ads would be in major press publications.

“I had to be a firecracker victim because that year they imposed a ban on firecrackers. They wrapped my arm as I had to be someone who got injured.”

After years of being shortlisted and missing out, Yun would come to find himself in an advertisement directed by the late Yasmin Ahmad.

“She created this shampoo advertisement about a postman riding a bicycle and chasing a girl. That ad created a lot of awareness and put me in the entertainment industry.

“Modelling paved the way to becoming a television talent, working within the region. At that point, no one gave me a break in the movie industry except Yasmin Ahmad.”

After the ad, Yun had a good relationship with Yasmin, and when she made her landmark film Sepet (2005), he was cast as the brother to the lead character.

“It was a blink-or-miss type of role. After that I complained, because she gave me a role where I couldn’t be seen.

“In the sequel Gubra, my role was expanded. She told me to wait, because when I’m prepared, it will come. I learned a lot from her, and I never went for acting classes or schools.”

Some time later, Yun approached her again for more roles. Instead Yasmin told him: “You have grown up. You had your chance. It is time to let go and let the younger generation take over.”

“It made sense. Her films were a stepping stone for me which led me to get roles in dramas and films by other directors.”

Yun has moved on from the entertainment industry, and currently owns two restaurants: Limapulo and Woo Pin 45 Kamunting. Located in Chow Kit, both came to be simply due to Yun’s love for food.

“I’m a person who likes to eat and I really enjoy Nyonya cuisine. It is a culinary art by itself.”

Limapulo was conceived due to a partnership he forged with his godfather Uncle John, who is not only the co-owner, but also his mentor and role model.

“I came up with the concept, compiled his recipes and made an SOP. When we first started, it wasn’t easy. A lot of effort, money and time was put into it,” Yun says.

“Now the brand is slowly becoming stronger. Unfortunately, because of the current Covid-19 situation, we had to close it. But we’re still making and delivering our signature Nyonya laksa.”

According to Yun, they nearly gave up on Limapulo a few years ago, but after they won an award for the best laksa in Klang Valley, Yun took it as a sign from God to not give up.

The Woo Pin fish head noodle house was also a partnership business that came to be because of his love for food.

He grew up with this particular fish head noodle and after making friends with the original owner, they joined hands to open the restaurant.

“Speak Vezy Bar is part of Woo Pin 45 Kamunting. The fish head noodles of Woo Pin operates from 7am to 4pm, and from 5.30pm onwards it becomes a sort of beer garden with hotpot,” Yun says, claiming it’s a popular spot for those evading after-office traffic.

In the coming years, Yun says he will be focusing more on his F&B ventures, particularly the Limapulo brand which has started branching out overseas.