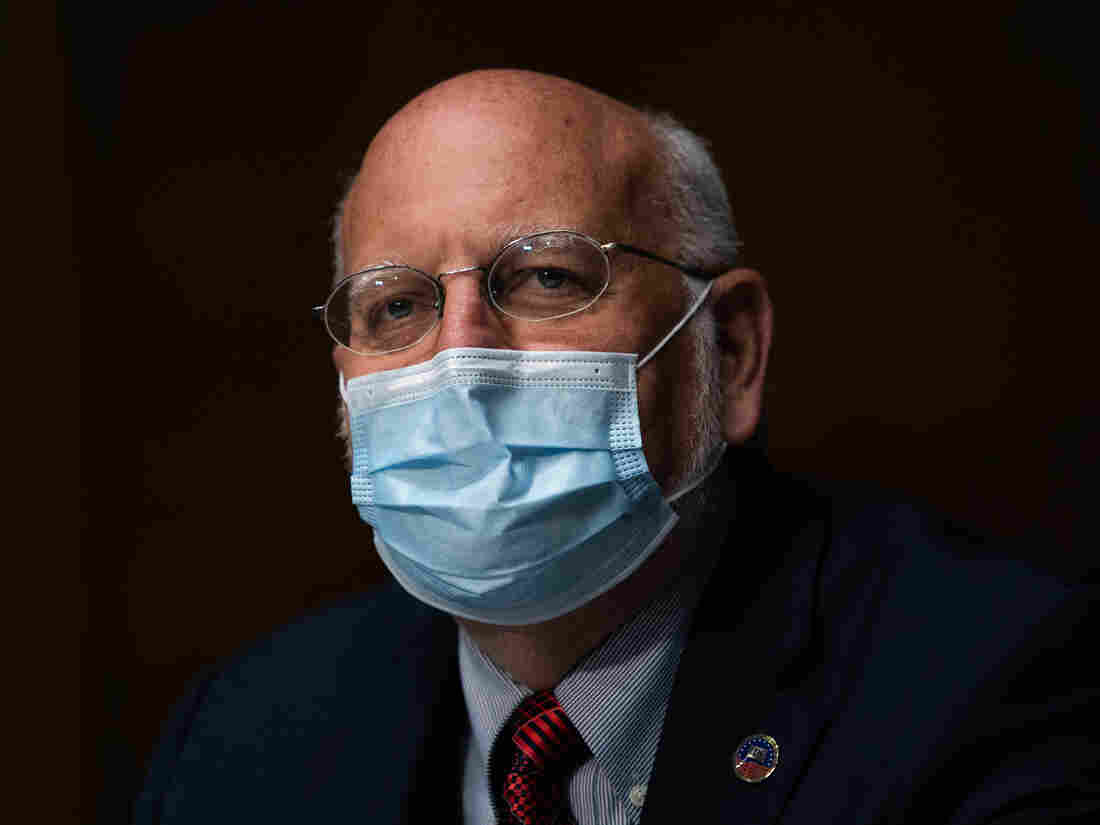 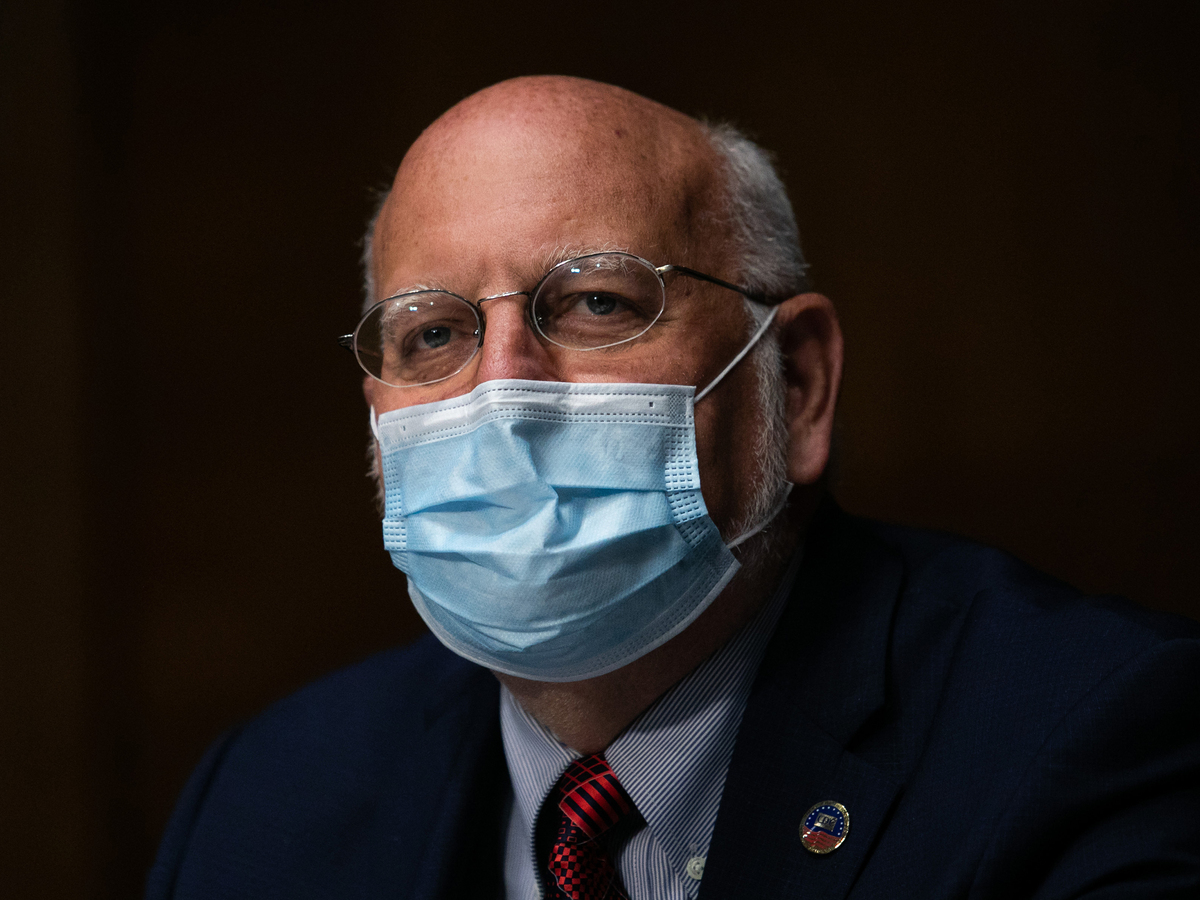 More than 1,000 current employees at the Centers for Disease Control and Prevention have signed a letter calling for the federal agency to address “ongoing and recurring acts of racism and discrimination” against Black employees, NPR has learned.

In the letter, addressed to CDC Director Robert Redfield and dated June 30, the authors put their call for change in the context of the coronavirus pandemic’s disproportionate impact on Black people and the killings of George Floyd, Ahmaud Arbery, Breonna Taylor and Rayshard Brooks. NPR obtained a copy of the letter, which is published below.

“In light of the recent calls for justice across this country and around the world, we, as dedicated public health professionals, can no longer stay silent to the widespread acts of racism and discrimination within CDC that are, in fact, undermining the agency’s core mission,” the letter reads.

“We are hurt. We are angry. We are exhausted. And ultimately, we fear that, despite the global protests, little will be done to address the systemic racism we face each and every day.”

The letter offers a rare glimpse inside a famously opaque federal agency, where career staff often work for decades, and information is carefully filtered to the public through the press office.

Dr. Camara Phyllis Jones, who was a medical officer at CDC for 14 years and remains in contact with current employees, says that after the letter was sent to Redfield, it was circulated among the 11,000 person workforce for signatures.

As of Sunday evening, 1,007 staff members signed the letter – 9% of the agency’s workforce – and the number of signatories is growing, Jones says. She adds that at least one division head signed, and around 300 employees chose to endorse the letter anonymously. Only current CDC employees could sign the letter, and each person could sign it only once, according to Jones. Any CDC employee could sign, not just people of color. The racial breakdown of the signatories was not known.

In a statement to NPR, a CDC spokesman acknowledged that Redfield received the letter and responded to it, adding, “CDC is committed to fostering a fair, equitable, and inclusive environment in which staff can openly share their concerns with agency leadership.”

Jones says her understanding is that Redfield’s response did not address the specific requests for action in the letter. “I find that disheartening and disrespectful,” she says.

In the letter, the authors point to a variety of “well-meaning, yet under-funded” efforts to diversify the agency’s workforce over the past several decades, and assert that none of them have made much difference. They note that Black employees represent only 10% of senior leadership and 6% of CDC’s 2019 class of the Epidemic Intelligence Service, a fellowship program described as “the training ground for tomorrow’s leaders within the agency.”

It describes an “old boy/girl network” where white managers promote white staff while allegedly stifling and discouraging Black staff. It also says that hundreds of Equal Employment Opportunity complaints have been filed by Black employees in the past decades, many of them unresolved.

“Systemic racism is not just a concept perpetrated outside these walls,” the letter reads. “It is a crushing reality for people of color in their daily lived experiences here at CDC.”

CDC has stumbled in its attempts to address the disproportionate impact of the coronavirus on Black Americans and other communities of color. Although data are incomplete, Black and Latino people in the U.S. are at least two times more likely than white people to die from COVID-19, and three times more likely to get sick.

Congress required CDC to report data to lawmakers about COVID-19 and racial disparities. But the agency’s first report, sent to lawmakers in May, was panned by Sen. Patty Murray, D-Wash., as a “lazy, four-page copy and paste project,” that mostly consisted of links to CDC web pages. The agency’s follow-up in June was longer, but also “incomplete” and “still inadequate to the task at hand,” according to written statement from Murray.

“CDC has been MIA on race and COVID-19,” says Greg Millett, who worked as a senior scientist there until 2009, and is now at amfAR, the Foundation for AIDS Research.

“I think that it’s telling that here I am, sitting on the outside, a former CDC employee, and I’ve been able to scoop the agency […] in the data that I’ve been able to publish on COVID-19’s impact on African Americans,” he says. “CDC has still not really come up with anything meaningful about what’s taking place in Black and brown communities around COVID-19. That to me is shameful, and shows that the scientists who are there who can do that work are not necessarily being empowered to do that work.”

“We are hurt. We are angry. We are exhausted,” the authors write. “And ultimately, we fear that, despite the global protests, little will be done to address the systemic racism we face each and every day.”

Failing to address racism’s role in causing health problems, the authors say, “is a key reason why we have witnessed little progress in reducing many of these disparities in the United States over the past 50 years.”

Jones, who left CDC in 2014, says she feels encouraged to see Black employees organizing to effect change. “When I first saw the letter, it was a feeling of resonance,” she says. “I know that this is no exaggeration.”

Her own work was on racism and public health, and she says she felt thwarted and undermined in her attempts to get the agency to address these issues. She says after a lunchtime presentation she gave on racism, she was asked to remove references to how racism ” ‘unfairly advantages other individuals and communities’ off of my slide because that made white people uncomfortable.”

After she left CDC, she served as president of the American Public Health Association, and taught at the Morehouse School of Medicine.

Although Millett personally felt supported by mentors during his time at CDC, he says the environment described in the letter resonated with him, too. He’s supportive of the letter’s organizers and hopes it can lead to change at the agency.

“We need more Black scientists at CDC who can help understand what’s taking place in our various communities,” he says. “I do feel that we’re on the precipice of actually changing something here.”

Jones is less hopeful. She says there are troubling consequences to the sidelining of Black scientists at CDC, including from working on the impact of COVID on their own communities.

Testing revealed traces of the amoeba in the tap of the garden hose at the boy's house.Houston, United States: The governor of Texas has issued...
Read more
World

bshilliday Britney Spears is hanging on to summer, sharing a throwback video dancing before a backyard BBQ while wearing her favorite low-rise shorts and a...
Read more

Elvis Presley’s Graceland upstairs is shrouded in much mystery as one of the off-limits areas to the public. It shouldn’t come as too much...
Read more

Cheryl Burke Is 2 Years Sober: It Was a Decision ‘I Made for Myself’

Johnni Macke Strength in partnership. Cheryl Burke opened up about her sobriety journey and how it has brought her and Dancing With the Stars partner...
Read more