CDC Quickly Changed Its Guidance On Limiting Choirs At Religious... 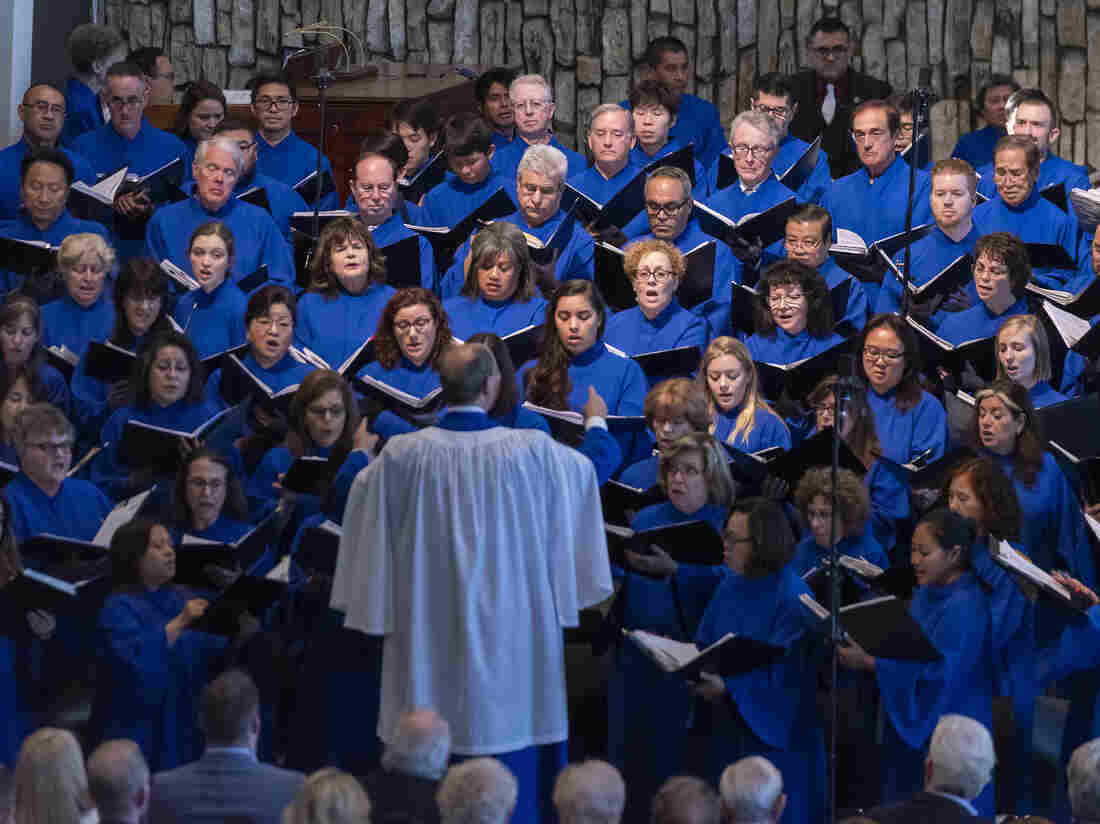 The CDC has revised its guidance to church leaders, deleting a warning about the risk of spreading the coronavirus through choirs and singing. In this photo from last summer, a choir sings at Christ Cathedral in Garden Grove, California. Leonard Ortiz/MediaNews Group/Orange County Register via Getty Images hide caption 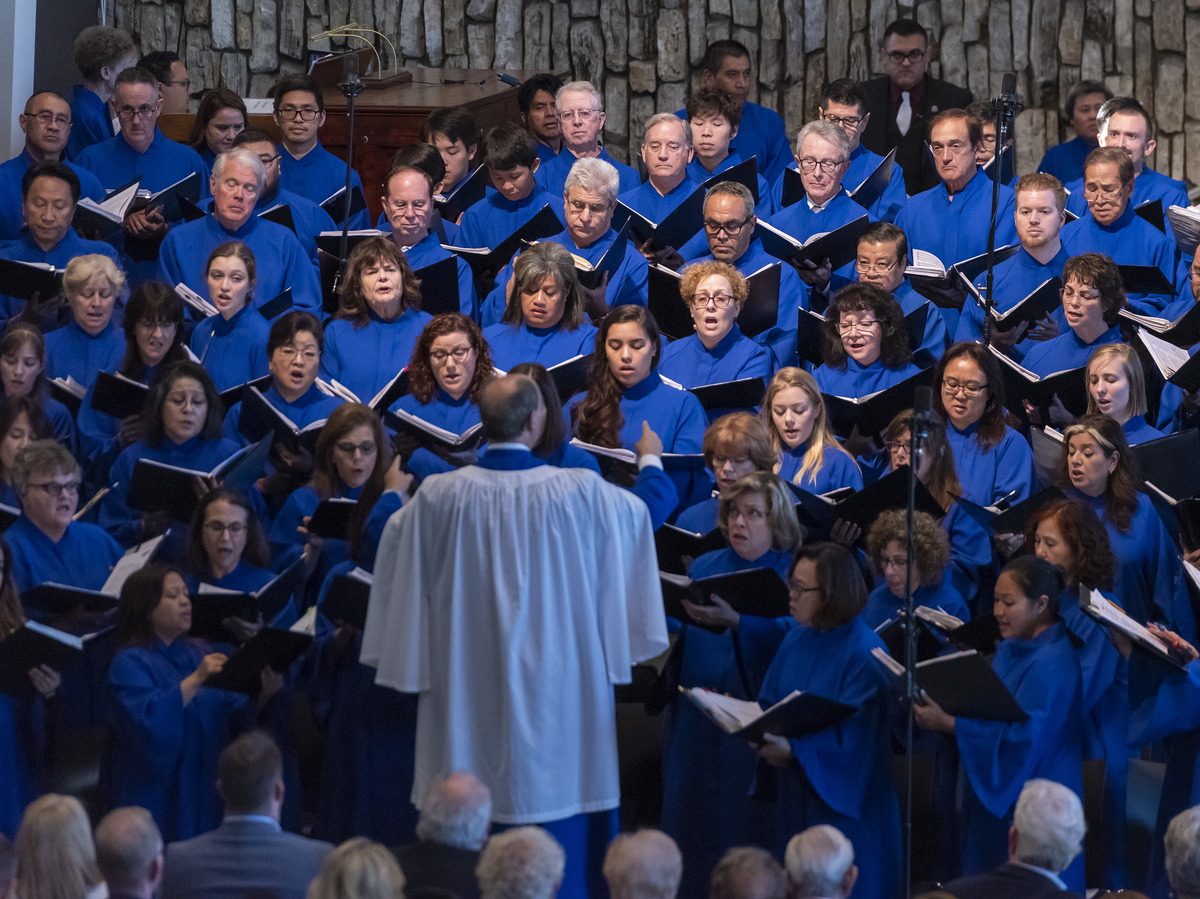 The CDC has revised its guidance to church leaders, deleting a warning about the risk of spreading the coronavirus through choirs and singing. In this photo from last summer, a choir sings at Christ Cathedral in Garden Grove, California.

The Centers for Disease Control and Prevention has removed its advice that told houses of worship to limit choir activities, despite a recent report that singing in a choir poses a risk of transmitting the coronavirus that causes COVID-19.

The warning about singing was part of new guidance for leaders of faith-based organizations that the CDC posted to its website last Friday. But the guidance disappeared over the weekend, apparently because the White House had not approved it.

The initial version of the CDC’s published guidance included the sentence, “The act of singing may contribute to transmission of COVID-19, possibly through emission of aerosols.”

That warning highlighted a risk that had been identified by U.S. public health officials. But the sentence was later deleted because it had been published by mistake, a federal official tells NPR.

“CDC posted the wrong version of the guidance,” the official said, adding, “The version that is currently up on the website is the version cleared by the White House.”

The change in guidance was first reported by The Washington Post.

The CDC’s advice to religious leaders was initially posted on the same day President Trump called for all 50 states to allow churches to reopen, after weeks of forced closures due to the coronavirus. The president’s comments came after some church leaders said they planned to defy shutdown orders.

The entry on limiting choirs and singing had stated:

“Consider suspending or at least decreasing use of a choir/musical ensembles and congregant singing, chanting, or reciting during services or other programming, if appropriate within the faith tradition. The act of singing may contribute to transmission of COVID-19, possibly through emission of aerosols.”

That language is now only visible in a web archive of the agency’s site. The current guidance instead calls for social distancing among church staff, choirs, and congregants, “as circumstances and faith traditions allow.”

The CDC has previously highlighted the risk of singing in choirs. Just two weeks ago, it published a report that deemed a choir practice in Skagit County, Wash., to be “a superspreading event.” With only one person out of 61 known to have been symptomatic at that March 10 practice, researchers said, 53 coronavirus cases were identified.

“Choir practice attendees had multiple opportunities for droplet transmission from close contact or fomite transmission, and the act of singing itself might have contributed to SARS-CoV-2 transmission. Aerosol emission during speech has been correlated with loudness of vocalization, and certain persons, who release an order of magnitude more particles than their peers, have been referred to as superemitters and have been hypothesized to contribute to superspeading events. Members had an intense and prolonged exposure, singing while sitting 6–10 inches from one another, possibly emitting aerosols.”

News of the revision to advice for religious institutions comes one week after the agency was scrutinized for changing the way it describes the spread of the virus. The CDC changed the prominence of its guidance about surface spread of the coronavirus, saying that the main means of transmission is person-to-person. 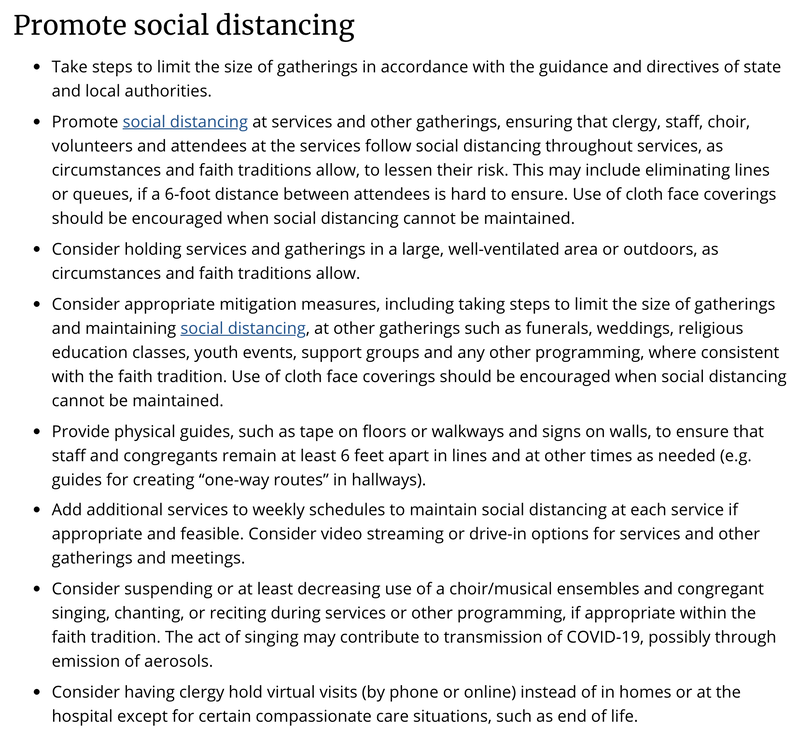 A CDC entry on social distancing had originally recommended suspending or reducing the use of singing and choirs in church services. The entry was later revised, and the warning about choirs was removed. CDC / Screenshot by NPR hide caption 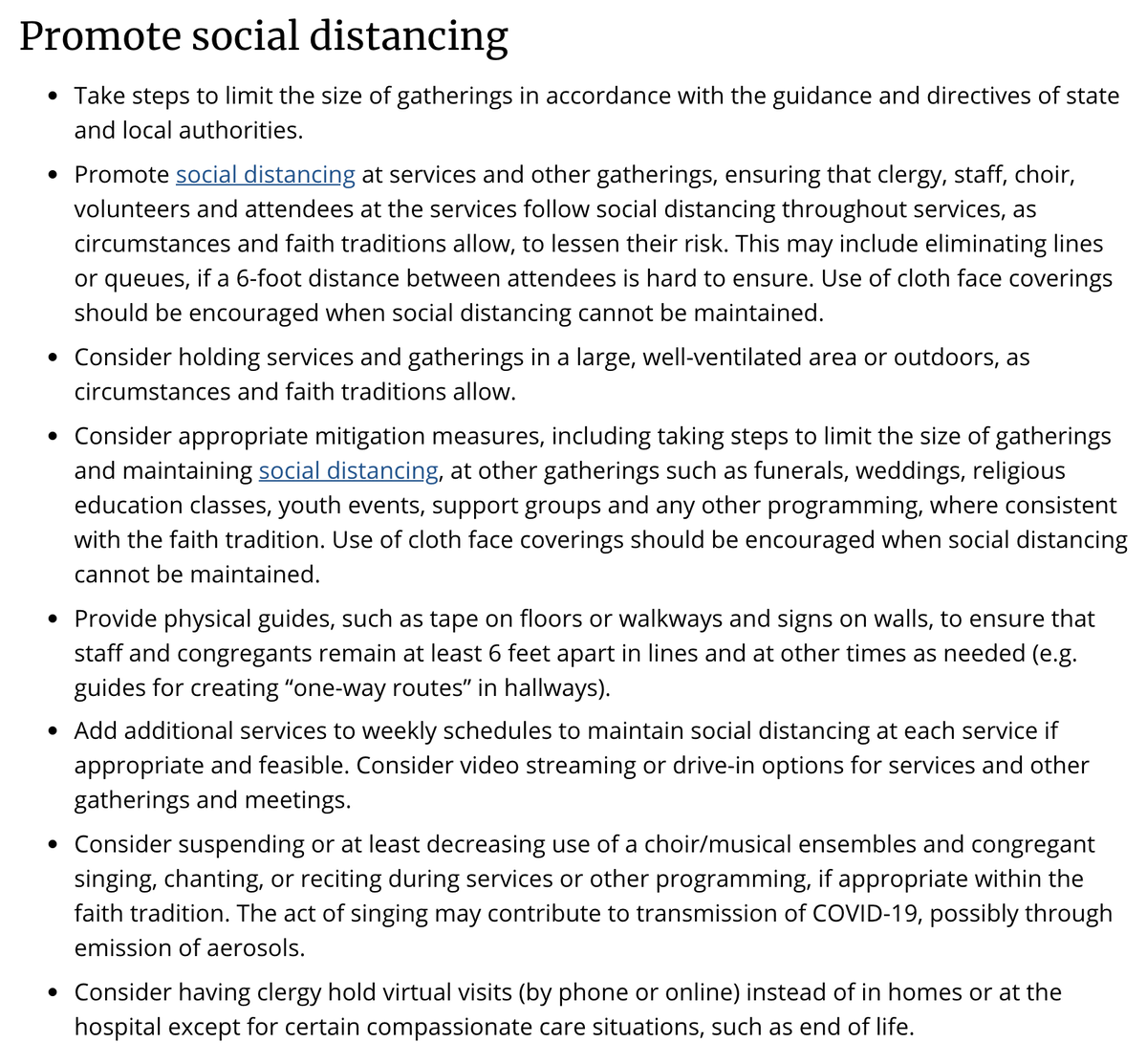 A CDC entry on social distancing had originally recommended suspending or reducing the use of singing and choirs in church services. The entry was later revised, and the warning about choirs was removed.

The guidance on choirs had been part of a section titled “Promote social distancing” – a section that has now been cut from eight entries to five.

In another change, the first entry in that section now includes a reference to the First Amendment, which guarantees the freedom of religion and speech. Here’s how the sentence now reads, with the newly added phrase in bold:

“Take steps to limit the size of gatherings in accordance with the guidance and directives of state and local authorities and subject to the protections of the First Amendment and any other applicable federal law.”