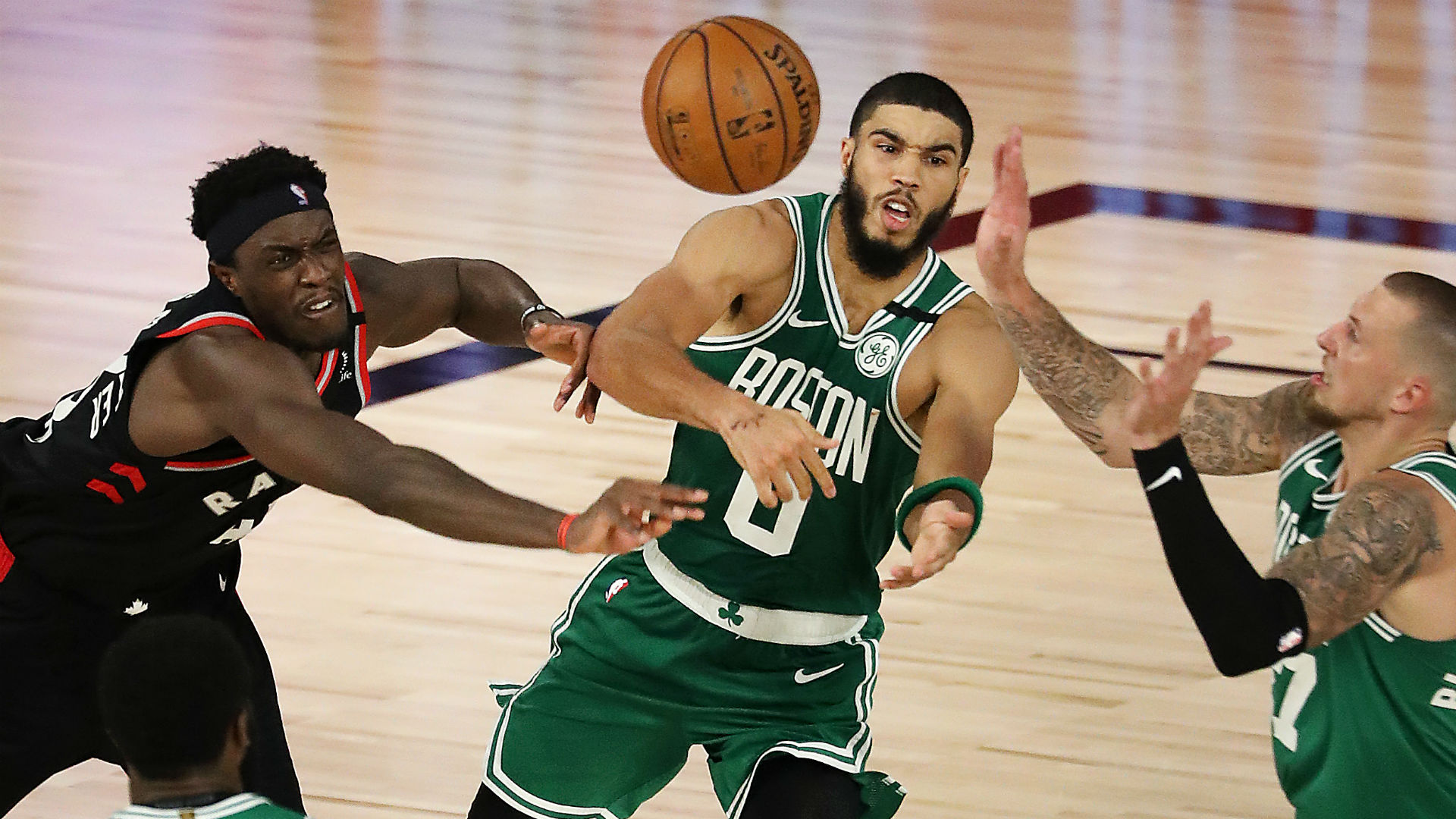 NBA Coaches can guide their teams through crunch-time possessions with play designs and lineup adjustments, but they are typically limited in how much they are able to directly impact Games. Then there’s Raptors Coach Nick Nurse, who may have caused a turnover in his team’s Game 6 win over the Celtics on Wednesday night.

With less than a minute to go in regulation and the Game tied at 98, Celtics forward Jayson Tatum drove past Pascal Siakam and encountered OG Anunoby helping off his man. That opened a clear passing lane to Daniel Theis.

Unfortunately for Boston, Tatum’s pass flew right by Theis. How could Tatum, who finished Game 6 with nine assists, miss so badly on a basic kickout? Well, it’s possible Tatum saw Nurse standing next to Theis along the sideline.

While it’s clear Nurse shouldn’t have been standing that close to the action during a live play, Tatum took the high road and refused to blame anyone but himself.

Didn’t realize until after the Game the reason Tatum passed to Nurse wasn’t just because Nurse was standing out of the Coach box, but he was literally standing in bounds in the corner.

“That was my fault. Can’t blame Nick Nurse. He’s not playing. It was my fault,” Tatum said. pic.twitter.com/yHbyqn0OXw

One of Tatum’s teammates didn’t seem to share that view. When asked about the incident, Jaylen Brown didn’t call out Nurse by name, but he also wasn’t exactly subtle with his comments.

“You know, like I said before, I think it’s a lot of emotions. It’s very intense and things like that,” Brown said. “And sometimes things seem to go overboard at times. Let’s keep it in check. Let’s keep it respectable. And let’s keep playing basketball. Grown men should be able to control themselves, especially the Coaching staff.

Would an accurate pass have guaranteed a Theis 3-pointer? No, of course not. But in a highly competitive Game that went to double overtime, every opportunity mattered, and the Celtics lost a critical chance to take the lead and close out their second-round series.

Now Boston will look to recover for Friday’s Game 7. Celtics fans are hoping Nurse will stay in the Coaching box for that matchup.