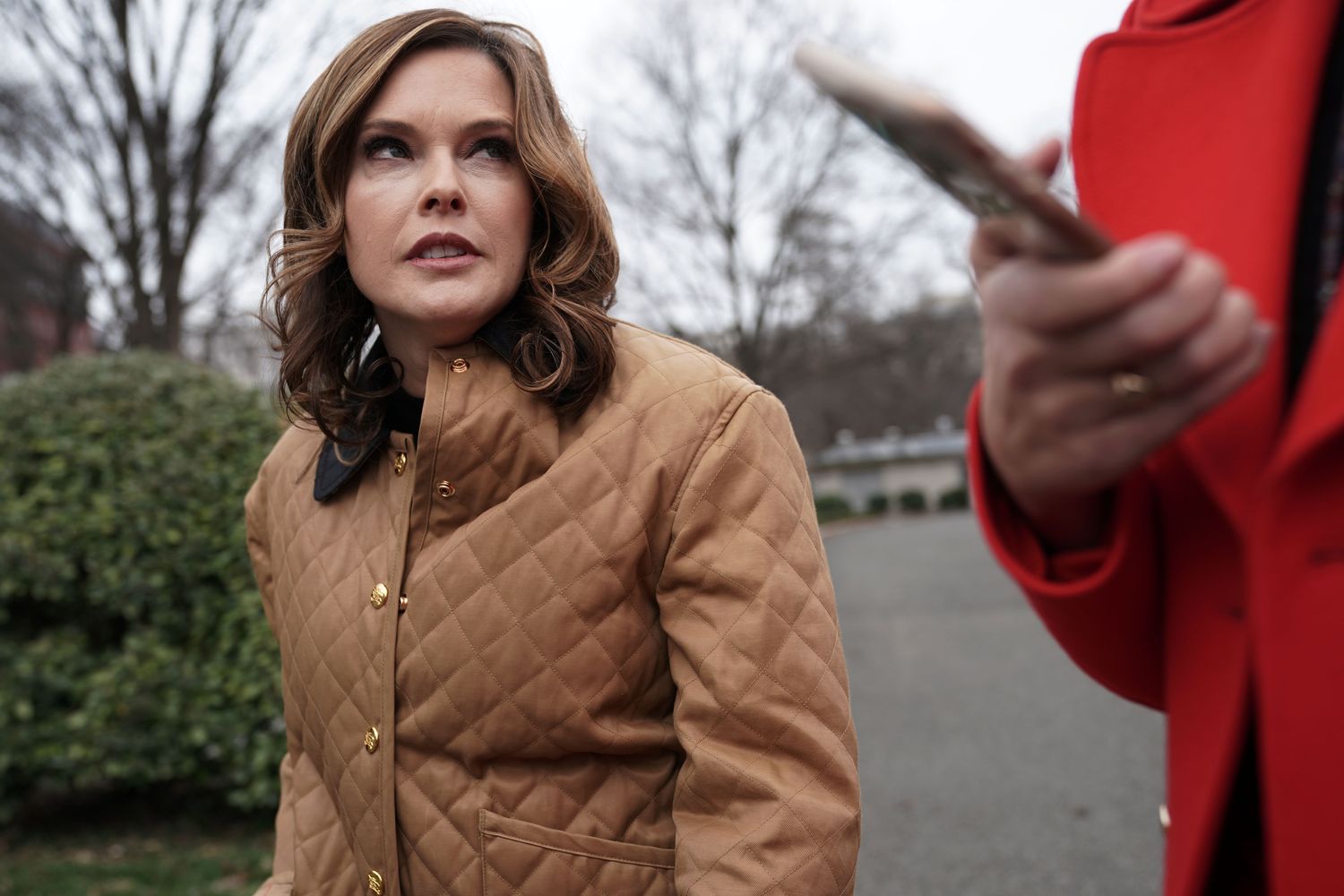 “I deeply apologize and I retweeted without watching the full video. I deleted the tweet,” Schlapp wrote. “I would never knowingly promote the use of that word. This is time for healing the nation and not division.”

Beyond Trump’s inner circle, Republicans have been under fire over racist social-media posts in Texas, where the chainsaw incident happened, triggering strife within GOP circles.

A dozen GOP county chairs in the state are under scrutiny for sharing racist social media posts commenting on the unrest and uprisings across the nation in response to the killing of a black man, George Floyd, by a white Minnesota police officer. One county chair juxtaposed a Martin Luther King Jr. quote next to an image of a banana, and another commented that “pandemic isn’t working. Start the racial wars.”

Against this backdrop, Schlapp‘s Saturday retweets highlighted how the Trump campaign operates in contradictory worlds of its own making. On one hand, Schlapp favorably promoted a man spewing anti-black racism and on the other she urged black people to vote for Trump just three days prior in an online campaign discussion on race. In that setting, she attacked Joe Biden’s tough-on-crime past while eliding Trump’s past record and rhetoric.

“Joe Biden supported the mass incarceration of black and Hispanic communities and has failed to lift them out of poverty,” Schlapp said. “In stark contrast, President Trump has delivered unprecedented opportunity for black Americans.”

The Twitter activity from Schlapp was part of a longstanding practice by Trump and his backers who occasionally use Twitter to amplify inflammatory messages that are at odds with the campaign’s appeals to black and other minority voters. Trump, who has fought accusations of racism for years, was in the midst of a black-voter outreach effort when Floyd’s killing changed the political dynamics.

The night before Schlapp’s retweet of the video to her 140,000 followers, the president retweeted a clip of conservative commentator Glenn Beck’s interview with a conservative black commentator, Candace Owens, who has taken a lead role in bashing Floyd.

“@RealCandaceO gave her thoughts: ‘The fact that he has been held up as a martyr sickens me,’” Beck tweeted on Wednesday. Trump boosted the post Friday with a retweet.

Trump has not personally criticized Floyd, called on the federal government to investigate his killing by Minneapolis police and has also used his Twitter feed to praise supporters who are black.

But after the looting erupted amid some protests over Floyd’s killing, Trump was criticized for denouncing “THUGS” in a Twitter post that warned “when the looting starts, the shooting starts,” a phrase traced back to a segregation-era Miami police chief. Twitter flagged the tweet for violating its rules against inciting violence. The White House then posted the message, getting flagged as well. Trump later claimed he didn’t know where the phrase originated.

Retweeting used to occupy a type of gray area on Twitter. The phrase “retweets are not an endorsement” was long a mantra of those who wanted to essentially repost content from another account on their own for a variety of purposes, from an interest in engaging in honest discussion to plausible deniability. But Twitter behavior evolved with new functionality to allow a person to comment on a retweeted post through “quote tweeting.” Now when campaign staff retweet messages, they generally lose the ability to credibly argue they weren’t reinforcing and broadcasting a message that aligns with their viewpoints.

The controversy with Trump surged again in April when the president was criticized for retweeting a message that said “fire Fauci,” concerning one of his top advisers on the coronavirus pandemic.

Before he became president, Trump came under fire for a wide variety of Twitter activity — from promoting the false “birther” conspiracy about President Barack Obama to retweeting a false message about “black on black” crime. The following year, he tweeted an image of a Star of David set on a field of cash, which many viewed as anti-Semitic. The latter tweet has been deleted.

The president’s son and namesake last year questioned the race of Sen. Kamala Harris (D., Calif.), a candidate for president at the time who’s now on Joe Biden’s running-mate shortlist. He deleted the tweet after outcry.

In Schlapp’s case, she retweeted a quoted tweet of the viral video that had been viewed about 7.5 million times on Twitter as of Saturday afternoon. The video originated in McAllen, Texas, where demonstrators had gathered downtown, only to be confronted by a man with a chainsaw that he revved at them as they fled.

The man’s use of racist language and violent threats were roundly condemned on social media, with some sarcastically referring to the cult classic “Texas Chainsaw Massacre” movie. A pro-Trump account from Texas, though, lauded the assailant on Twitter and said he is “a Mexican business owner.” Another pro-Trump account, called Latino Townhall, approvingly quote-tweeted the post Friday night and exclaimed: “That’s how to do it.”

Hours later, Schlapp retweeted that post. Schlapp, who is married to the prominent head of the American Conservative Union that hosts the popular CPAC conference, later retweeted it from another account that censored the racist comment but wrote the protesters had said “f— the police.” There is no evidence the demonstrators said that.

The man in Texas, identified as Daniel Peña by local press, exposed a little-discussed issue among Latinos: anti-black racism. The McAllen police department on Saturday confirmed Pena’s ethnicity as “White/Hispanic.”

The issue of anti-black sentiment among Latinos has surfaced as an issue in Schlapp’s original hometown of Miami, where Democrats and progressives fretted that support for demonstrations over Floyd have been under-represented by Hispanics in the community.

Juan Peñalosa, executive director of the Florida Democratic Party, said his organization is trying to address the issue of racism among Hispanics while Trump’s is helping to fuel it.

“The Trump campaign strategy has always been to win through division. But Mercedes’ tweet shows they are taking it to the next level,” said Peñalosa.

“While most of us are having honest discussions on how to expose racism and eliminate it — the Trump campaign has moved beyond their 2016 dog whistles and passive nods to fringe racist groups,” he said. “Now they are giving racists a platform, retweeting them and actively amplifying their message. It makes my skin crawl.”

Laura Barrón-López contributed to this report.