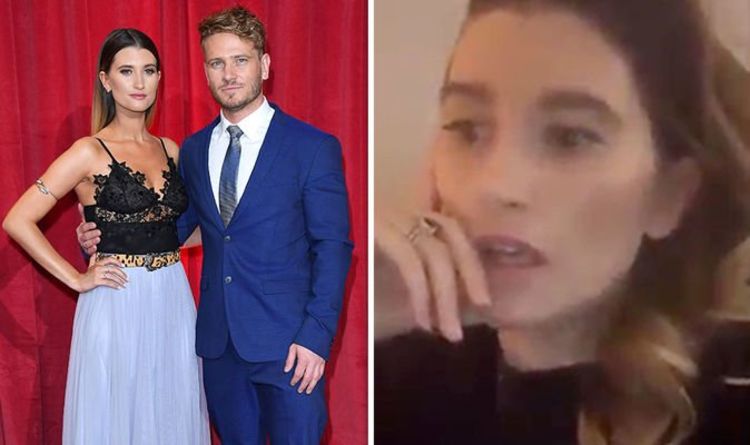 Charley Webb, 31, and her Emmerdale husband and co-star Matthew Wolfenden, 39 tied the knot in 2018. The couple are parents to three children, Buster, nine, Bowie, four and their newest addition Wolf.

The Emmerdale stars recently opened up about their hectic lifestyle looking after three children with Charley admitting she does get frustrated with her beau from time to time.

Speaking to OK! magazine, the soap star admitted she gets frustrated with Matthew because he always asks her about the days their son goes to nursery.

She divulged: “You still ask me what days Bowie goes to nursery, which drives me mad.

“It’s a crazy schedule but i’m just trying to enjoy it as it goes so fast. Buster’s 10 in April and I don’t where the time has gone.”

The couple also joked that the “kids take over everything”, but they explained how they don’t have the perfect family and “of course” still argue from time to time.

Speaking about parenting and family life, Matthew added: “You’ve got to both be singing from the same hymn sheet or the kids pick up on that. But, of course, you still argue.

The ITV star’s candid family admission comes after she recently revealed she was “getting help” after her youngest two children gave the couple restless nights due to their unsettled sleeping patterns.

In view of her 408,000 Instagram followers, Charley explained: “Last night was absolutely horrific on the children front in terms of sleep.