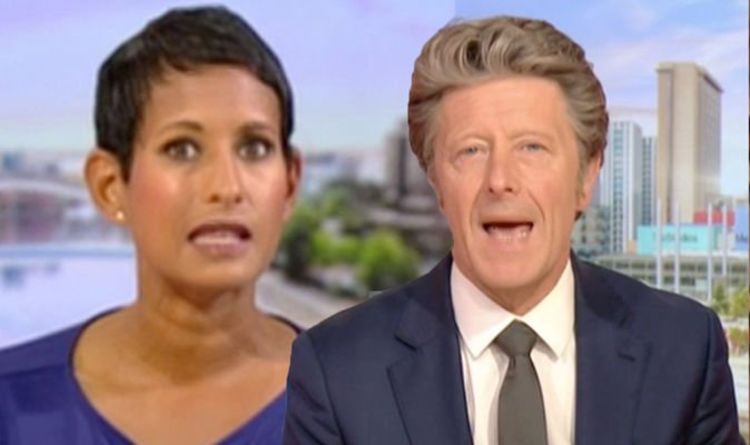 Holding up an article, the BBC host began: “It’s all these quizzes that are going on at the moment and people like quizzes about confectionery, cakes, that sort of thing.

Before Charlie had a chance to properly explain the quiz for viewers watching at home, Naga shouted out: “Bounty top left, bounty top left.”

“You have to identify which one,” Charlie attempted to continue before Naga repeated: “Bounty, top left.”

“Hold on,” Charlie hit out. “Hold on, have we got a good shot on this you can play along at home is that the phrase we use.”

Ignoring her co-host, Naga continued to guess some of the chocolate bars and shouted out: “Mint chocolate aero.”

“Hold on,” a frustrated Charlie remarked. “So number one that is top left, have a good look at that.”

Charlie confirmed Naga had been right and the first picture was of a Bounty cut down the middle before continuing to go along each bar and asking viewers to guess.

As they moved on to number six, Naga said: “I can do number nine.

“No, I’m doing number six,” Charlie hit out again before giving up with the quiz altogether.

“You’ve got to find things to do sometimes, haven’t you, I rather enjoyed that I’ll be honest with you I thought that was quite good.”

“You told me I’d hate that quiz, I really enjoyed that quiz,” Naga remarked.