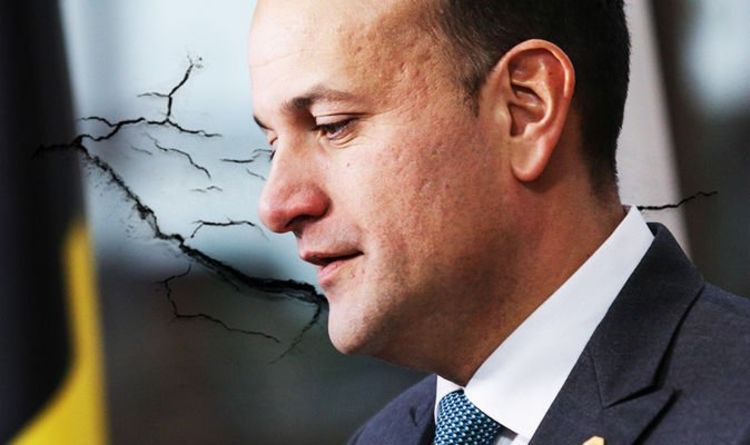 The 33rd Dail Eireann convened today, 11 days after the election which saw a virtual three-way split between Mr Varadkar’s Fine Gael, Fianna Fail, led by Micheal Martin, and Sinn Fein, led by Mary Lou McDonald. In accordance with convention, all three leaders threw their hats into the ring for the top job but none was successful, reflecting the fractured nature of a 160-seat legislature in which Fianna Fail has 38 seats, Sinn Fein 37 and Sinn Fein 35.

According to Ireland’s constitution, the candidate who receives a simple majority of TDs, the equivalent of MPs, after abstentions have been discounted, is elected.

Mr Varadkar received 36 votes – well short of a majority, with 107 votes against and 16 abstentions.

The result means Mr Varadkar, who is expected to resign tonight, will continue in his job until a replacement is selected, a process which could take months.

However, the defeat effectively renders Mr Varadkar – who was elected Taoiseach in 2017 – a lame duck with little or no mandate to govern.

Prior to the opening of the 33rd Dail, Clerk of Dail Eireann Peter Finnegan read out the Proclamation.

TDs gathered in Leinster House to hear the names of all the members elected for each constituency.

Political parties then set out their stalls in an attempt to form a government, with the Dail then once again electing Sean O Fearghail, Fianna Fail TD, as the Ceann Comhairle, or chairperson of the Dail – equivalent to the Speaker in the House of Commons.

Mr O Fearghail, who has served in the role since 2016, defeated Denis Naughten, the other nominee, by 130 votes to 28, with two spoiled ballot papers, and his election means Fianna Fail and Sinn Fein are effectively tied on 37 seats, given his role is traditionally neutral.

The Ceann Comhairle’s first job was to seek nominations for the post of Taoiseach.

Mr Varadkar is now expected to resign from his post – but will then be reinstalled in a caretaker capacity.

It may take several months to identify a successor, given the Fine Gael has ruled out the idea of working with Sinn Fein.

Given Fianna Fail are likewise extremely reluctant, Ray Bassett, Ireland’s former ambassador to the Canada, Jamaica and the Bahamas, has suggested the only alternative to another election may be a coalition between Ireland’s two main parties.

Mr Bassett told Express.co.uk yesterday: “While their old civil war animosity may have gone, for generations these parties fought elections against each other.

“In much of rural Ireland, they were the only two parties.