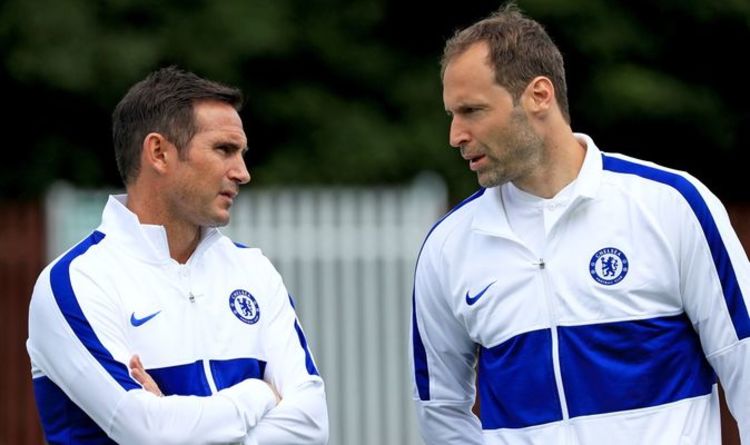 Lampard acknowledged that it was unlikely Cech would play this season – but said the keeper would be ready if called upon in the midst of the coronavirus pandemic.

“With Pete it’s something that I wouldn’t expect to happen this year,” he added.

“But I do know with the way he is and how fit he is, if we were in crisis times then of course you couldn’t ask for something much better than having Petr Cech around.

“So I don’t expect it, but nobody expected what we’ve seen in the last six or seven months around the world.’

Cech made 494 appearances for Chelsea between 2004 and 2015, helping the Stamford Bridge side to four Premier League titles, the Champions League and Europa League, four FA Cups and three League Cups.

He then joined London rivals Arsenal for four seasons, winning the FA Cup with the Gunners before retiring last year to return to Chelsea as technical and performance adviser.