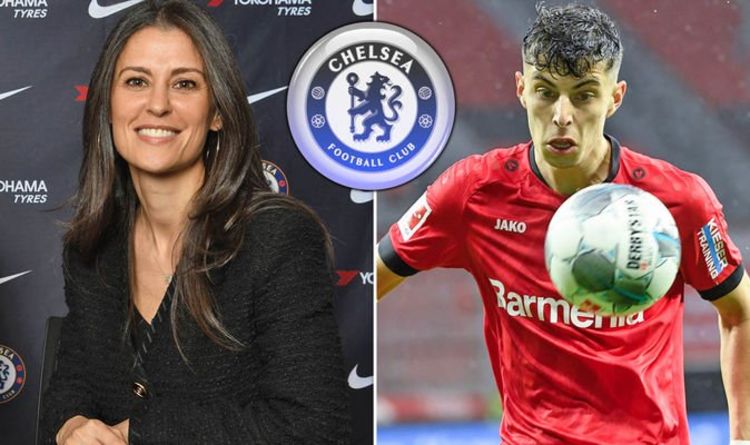 Regardless of whether or not Chelsea finish in the top four, Kai Havertz seems to be heading to Stamford Bridge. The Blues star’s sister has already confirmed as much, while reports have suggested they’re on the brink of landing him. And that speaks volumes of the exciting project Frank Lampard has in mind at Stamford Bridge.

There’s a sense that, regardless of what happens in the Premier League on Sunday afternoon, Lampard is building something special at Chelsea.

Missing out on the Champions League would be a hammer blow but not the be all and end all. The Blues are already an attractive proposition.

Lampard deserves credit for that. When he waltzed back into Stamford Bridge last summer as Maurizio Sarri’s replacement, questions were asked of the appointment.

But, when you consider he’s had to contend with a young squad and was banned from signing players a year ago, he’s certainly done well.

Now, he’s eager to take things up a notch.

His Chelsea side already play exciting football. They’re not the swashbuckling outfits of Liverpool and Manchester City but they’re entertaining nonetheless, playing with a style that gets fans on the edge of their seats.

They have good players already there, too. Christian Pulisic is electric, Olivier Giroud is admired around the world and Calum Hudson-Odoi, should he improve, is a superstar in the making.

That side of Chelsea is already set to improve, too.

The Blues have secured the signing of Timo Werner ahead of the summer transfer window. That was quite a coup, especially given Liverpool had long been viewed as frontrunners in the race for his signature.

And Hakim Ziyech is joining, too, with the deal for the former Ajax star announced back in February.

Chelsea are now hoping Havertz can be next. And with the Blues impressing under Lampard, they can offer him a key role in one of the most-exciting teams in the top flight.

But, so savvy in transfer negotiations is Marina Granovskaia, the blueprint being laid out in front of Havertz is one that appeals to the Leverkusen star.

Should Chelsea sign the 21-year-old, he’d walk into their side. Most likely alongside compatriot Werner and trickster Ziyech in attack.

And they’d also be able to offer him a platform to challenge for major trophies. The league has evaded them since 2017 but silverware continues to be won nonetheless.

“Going back to how important goalkeepers are, I look at this Chelsea team and there’s a lot I like about it, it does remind me in a lot of ways the position Jurgen Klopp was in a couple of years ago.

“He’s done as much as he can, yes Frank’s still in his early stages but those big signings can completely transform you as a team.

“I still think Chelsea need a defender, you see how many goals they’ve conceded. I think a lot of that is down to the goalkeeper being totally honest.”