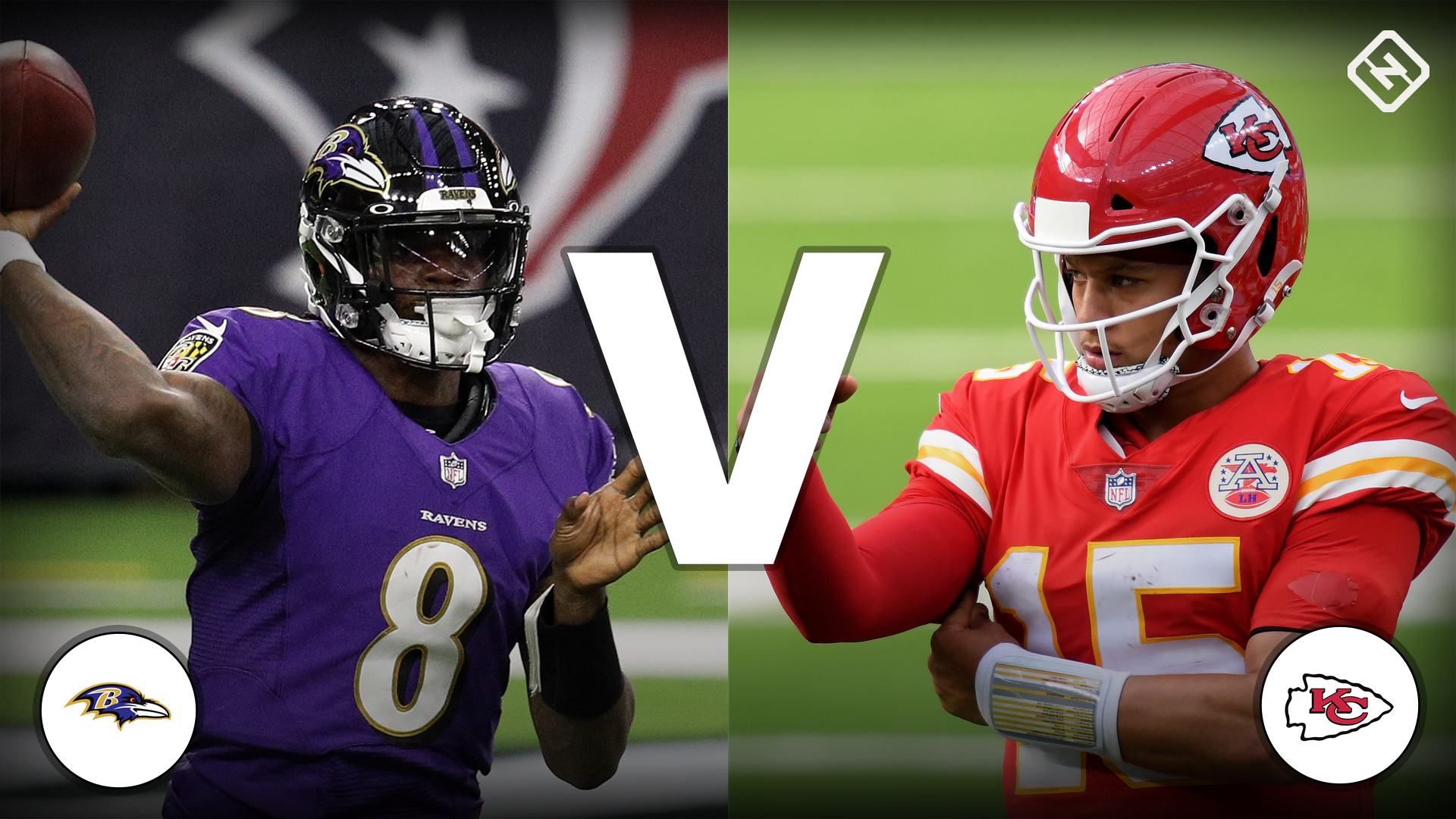 The prime-time clash between the Chiefs (2-0) and the Ravens (2-0) could be a preview of this season’s AFC championship game. Perhaps still battling the Super Bowl hangover, Kansas City hasn’t looked that dominant this year as it barely got by the Chargers 23-20 in overtime last week. The Ravens, on the other hand, have looked like a team on a mission with a pair of convincing wins to start the season.

These teams also met in Week 3 last season, with the Chiefs staving off a late comeback effort by Jackson to win 33-28. This year, the Ravens are favored by more than a field goal (3.5 points) to win at home.

Sporting News is tracking live scoring updates and highlights from Chiefs vs. Ravens on “Monday Night Football.” Follow below for complete results from the NFL Week 3 game.

11:10 p.m. — Chiefs convert on third down. We’re at the two-minute warning, Kansas City ball, second and 8 at the Baltimore 37-yard line. This one’s all but wrapped up.

10:59 p.m. — The Ravens had a strong drive going, but back-to-back sacks move them into fourth and 24. Jackson’s heave towards the end zone falls incomplete and Kansas City takes over on downs, ball at their own 31-yard line with 4:55 remaining.

10:42 p.m. — Another third down conversion as Mahomes scrambles for 12 yards this time. They’re inside the 30 now, less than 11 minutes remaining.

10:39 p.m. — Chiefs convert a big third down as Mahomes hits Clyde Edwards-Helaire for an 18-yard gain. Kansas City moving the ball near midfield.

10:03 p.m. — The Chiefs are pulling out all of the stops: a reverse-sweep-flea-flicker to the flats gets them all of seven yards. Maybe a little too much fun though; Baltimore recovers a fumble and takes over at its own 21-yard line, 13:03 to go in the third quarter.

Still, look at this play. She’s a beauty.

9:45 p.m. — Mecole Hardman can’t haul in a near-perfect throw from Mahomes to the end zone. Sammy Watkins grabs one over the middle to set up a 42-yard field goal attempt for Butker, who pulls it wide. That’ll do it for the first half: Kansas City leads Baltimore 27-10.

9:41 p.m. — Mahomes hits Hill over the middle and the Chiefs call timeout with 30 seconds on the clock, ball at the Baltimore 35.

9:39 p.m. — Things go from bad to worse for Baltimore: Chris Jones knocks the ball out of Jackson’s hands and Kansas City recovers. Chiefs have it at their own 49, 45 seconds to go in the half.

9:28 p.m. — Jackson nearly gets picked off on back-to-back throws, but instead it’ll be another punt for the Ravens. Chiefs get the ball back at their own 16-yard line, 4:39 remaining in the half.

9:20 p.m. — After forcing their own three-and-out, the Chiefs get back on the scoreboard as Mahomes hits Tyreek Hill over the top for a 20-yard TD pass. Kansas City leads 20-10 with 6:40 remaining in the second quarter. (Analysis: Mahomes is very good at football)

8:57 p.m. — Mahomes hits Anthony Sherman with an underhand shovel pass for a TD. That was slick. Butker hits this time and the Chiefs lead 13-3 with 12:52 remaining in the first half.

8:40 p.m. — A holding penalty and a sack on third and long forces the first punt of the evening. Kansas City takes over at its own 32-yard line with 4:12 in the first quarter, still leading 6-3.

8:31 p.m. — The Chiefs march right down the field and Patrick Mahomes rolls out for an easy rushing TD. Harrison Butker misses the PAT, Kansas City leads 6-3 with 6:43 left in the opening quarter.

8:23 p.m. — Baltimore gets the running game going early thanks to a big run by Lamar Jackson (and a sweet pitch out play on third down), but the Kansas City defense is able to get the stop and force a 26-yard field goal from Justin Tucker. Ravens lead 3-0 with 9:20 in the first quarter.

8:15 p.m. — That was one hell of an introduction by Samuel L. Jackson. Can we get him to do that more often?

With the exception of the season-opening “Monday Night Football” doubleheader in Week 1, all Monday night games are scheduled for the same start time of 8:15 p.m. ET.

This is the second of five prime-time games on the defending Super Bowl-champion Chiefs’ 2020 schedule. They’ll be back in the national spotlight in Week 6 for a Thursday night game at Buffalo.

The Ravens also have five prime-time games on their 2020 schedule, with Monday night’s Chiefs game being the first. Baltimore will appear in a prime-time slot three weeks in a row from Weeks 12-14 (at Steelers, vs. Cowboys, at Browns).

A total of 17 games are on the “Monday Night Football” schedule in 2020. That includes the two games in the Week 1 doubleheader and no Monday night game in Week 17.

Below is the complete schedule of Monday night games this year.