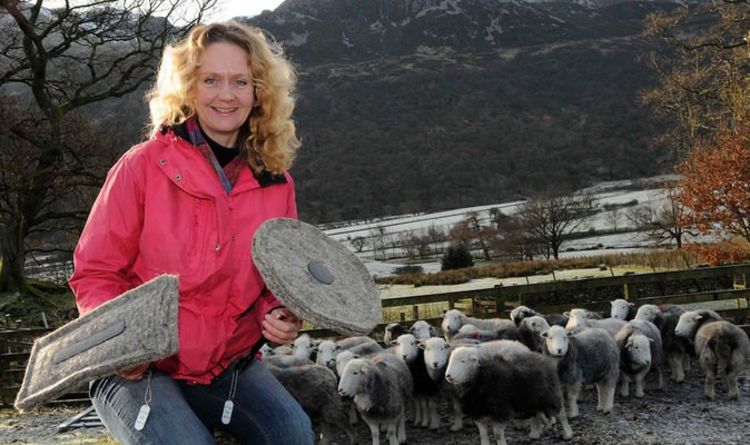 Demand has grown both in the UK and US for its eponymously named Chimney Sheep (patent pending), a removable plug for flues not in use. Made of felted wool from native Lakeland Herdwick flocks, it has helped take turnover to over £500,000 last year. Phillips, a former ecologist and volunteer with Natural England, was investigating bats trapped in chimneys when she first realised how much heat was also being lost from a space similar to a permanently open window and that some 11 million homes in the UK were affected.

Developing a prototype using cooking utensils and then with further help from Lancaster University engineers for the clamp and handle parts, she drew on her own savings and enterprise grants for her £50,000 start up costs and later investment.

These “made the business possible”, she says, by enabling her to meet the costs of the extensive testing required, retooling and earlier this year getting crucial validation from the construction materials industry.

Her first sale was in 2012 and today Phillips employs five people directly and a further team after acquiring another insulation business the Chimney Balloon Co.

The wonders of wool, a sustainable source that can be composted afterwards , together with the lower cost opportunities possible with e-commerce through Amazon, are the core of Chimney Sheep.

Its excluders, from £18 to £65, can cut £50 off annual energy bills  by keeping warm air in and cold out, blocking 94 percent of airflow although still allowing ventilation.

Among the latest products are insulators for other leaky parts of buildings and include blockers for joists and rafters, floor underlays and absorbers for sounds and reverberations.

Phillips now collects the wool directly from local farmers, providing a much improved market price for them for what was previously a little-rated by product and savings for Chimney Sheep.

Aware however she needs to offset her own carbon emissions too she plans to plant 12,000 trees on a plot she has just bought.

The 16-ton fluffy hoard she gathers, that equates to some 16 percent of the Herdwick population, then goes to Yorkshire to be cleaned and on to Austria for a unique, green treatment that makes it 100 percent “invisible” to moths.

Scaling and diversifying the ranges to make Chimney Sheep less seasonal has led to garden products, insoles and another best-seller its Laundry Mac, a cover for outside rotary washing lines designed to save on tumble dryer costs.

Top of Phillips’ list now is to get government approval for the excluder to be used by energy suppliers.

“There is an obligation to reduce bills for customers in fuel poverty,” she says. “We fit with that and it would take us really mainstream.”

- Advertisement -
Facebook
Twitter
Pinterest
WhatsApp
Linkedin
ReddIt
Email
Tumblr
VK
Previous articleWeight loss diet plan: Eat this surprising food to burn fat and slim down – what is it?
Next articleMeghan Markle wedding: How to get her flawless skin – how to guide by her makeup artist