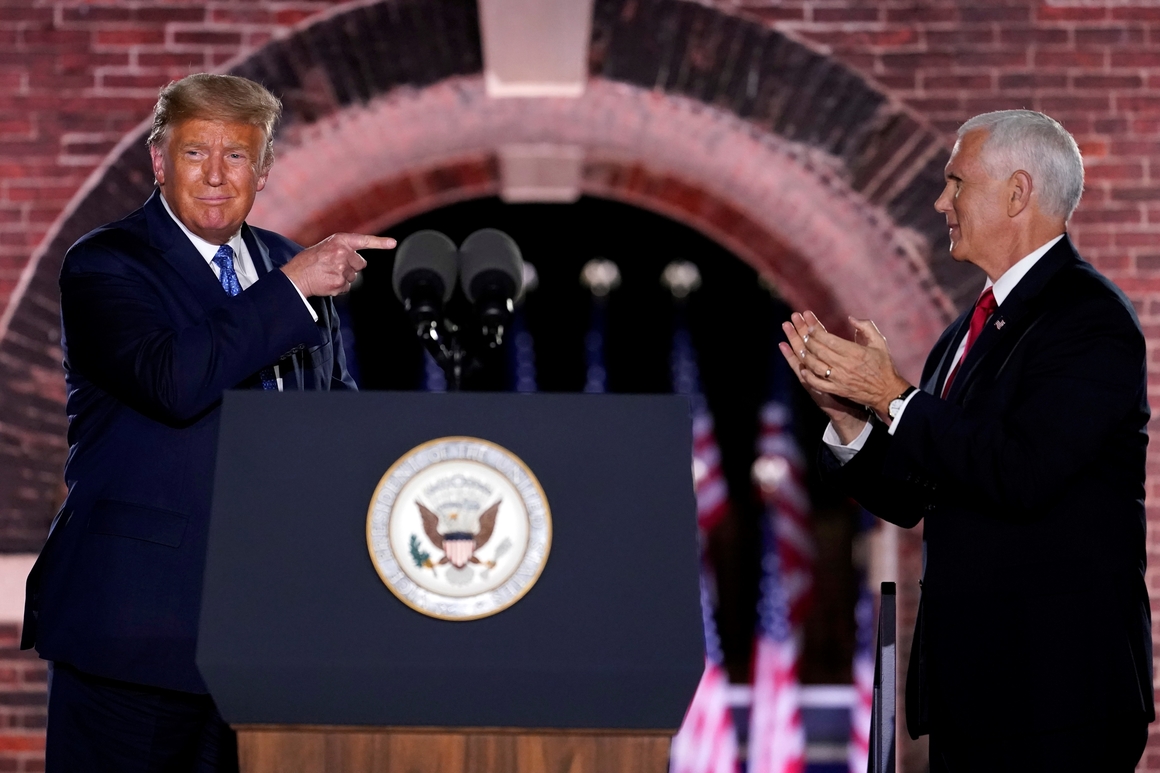 Retired Lt. Gen. Keith Kellogg, national security adviser to Pence, said that voters should reelect Trump because he has made the U.S. safer and kept troops out of “needless conflicts.”

“Trump is no hawk,” Kellogg said. “He wisely wields the sword when required, but believes in seeking peace instead of perpetual conflict.”

It was unclear whether the comment represented an actual breakthrough in the talks, which have faced months of delays.

“This week, Afghan negotiators, with help from American officials, will start peace negotiations between the Taliban and the Afghan government to end America’s longest war,” he said.

His full-throated defense of the Trump administration’s foreign policy also included a not-so-veiled swipe at one of the most prominent critics of the president’s diplomatic approach.

“I have been in the room where it happened,” Kellogg said, a reference to the tell-all book by that title written by John Bolton, Trump’s former national security adviser. “I saw only one agenda and one guiding question when tough calls had to be made — is this decision right for America?”