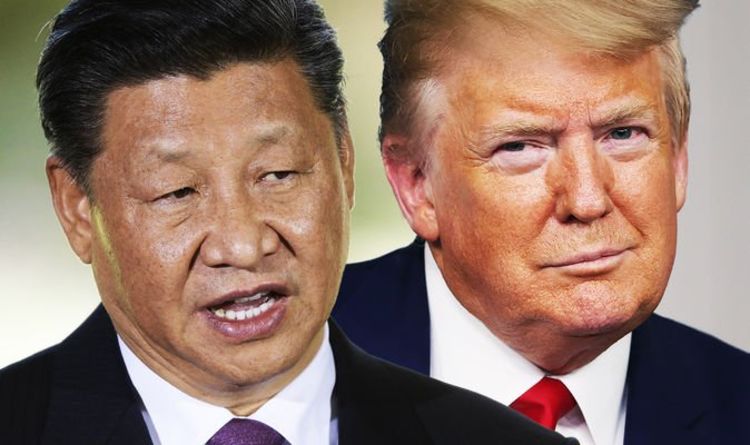 A bombshell dossier from the Five Eyes’ Western intelligence has revealed a damning indictment of China’s handling of the coronavirus pandemic from the start. The leaked 15-page dossier came from the ‘Five Eyes’ intelligence alliance, which is made up of the US, Canada, the UK, Australia and New Zealand intelligence agencies. According to the dossier, which was obtained by the Australian Saturday Telegraph, China lied about human-to-human transmission.

Great Big Lockdown Survey: Tell us what life’s like for you by answering THESE questions!

The dossier also shows how China erased social media posts that discussed the virus, ‘disappeared’ whistle-blowers and refused to help other countries prepare a vaccine for coronavirus.

The Chinese officials also deliberately destroyed evidence about start of coronavirus, according to the report.

Officials in Beijing did not confirm human-to-human transmission until 20 January despite evidence of it in December.

A US official told Fox News that the report shows “how duplicitous the Chinese have been” when it comes to the pandemic’s origins and spread of the virus and that “the impact of their secrecy has really shaken our allies”.

They added: “Everyone is furious with the Chinese.”

The dossier also claims to have found evidence that the virus spawned in the Wuhan Institute of Virology and unearths “risky” research on bat-related diseases stretching back years.

However, the exact evidence for its origin in the virus lab is not detailed.

It added that researchers who tried to raise the alarm have since been silenced or disappeared.

This comes as President Trump stood by his comments from Thursday where he claimed he had seen evidence suggesting the virus came from a lab, following criticism from the World Health Organisation (WHO).

A senior intelligence source even told Fox News on Saturday that as many as 70-75 percent of the 17 U.S. intelligence agencies believe the virus came from a laboratory but the remaining agencies cannot yet agree as there is not a “smoking gun.”

President  Trump has demanded that China pay compensation for its failure to stop the pandemic from spreading around the world.