China coronavirus symptoms: What is coronavirus? How is it linked to SARS? 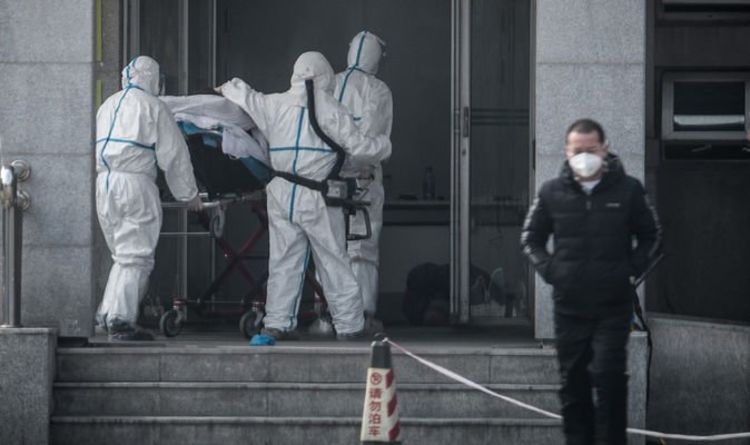 Coronaviruses are a group of viruses which included the likes of Severe Acute Respiratory Syndrome (SARS) and Middle East Respiratory Syndrome (MERS). The latest discovery relating to the coronavirus group is the seventh to be discovered and has proved to be fatal, with four deaths coming from China as a result of the latest outbreak.

When the virus was first contracted by humans from a seafood market in Wuhan, experts believed it could not be easily spread from human to human.

However, a sharp rise in the disease since its initial discovery in December has proved the doctors wrong

Symptoms of the disease are generally flu-like, with the Centers for Disease Control and Prevention (CDC) listing the following symptoms:

The CDC added: “Human coronaviruses can sometimes cause lower-respiratory tract illnesses, such as pneumonia or bronchitis.

“This is more common in people with cardiopulmonary disease, people with weakened immune systems, infants, and older adults.”

Chinese foreign ministry spokesman Geng Shuang said China is making the “utmost efforts to tackle the situation”, but many worry another SARS-like outbreak could be on the horizon.

Between November 2002 and July 2003, a major outbreak of SARS occurred in southern China.

All coronaviruses are zoonotic, meaning they can be transferred between people and animals.

How closely related the new virus is to SARS is still unconfirmed, but it falls into the same viral family.

Experts have stated the need to sequence more coronavirus strains to better understand the latest outbreak and they need robust evidence to prove it is associated with pneumonia.

However, authorities in China are evidently proud of their response to the latest outbreak when compared to SARS.